TransISTor focuses on the new technologies employed in the production and post-production of feature films, documentaries and experimental media creations, training European audiovisual professionals through a series of cross-disciplinary workshops. Since 2005 CIANT has promoted TransISTor training initiative (TransISTor2011 is the 7th edition) which is of an increased interest for its target group. 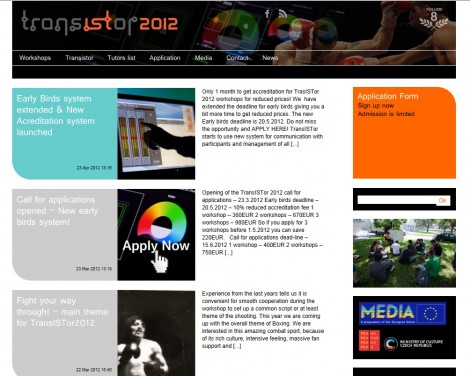 What does TransISTor offer you?

TransISTor is run by CIANT: the International Centre for Art and New Technologies in Prague, Czech Republic.

For further information about CIANT: http://www.ciant.cz/