Several museums around the world have worked to make their data accessible, by providing free access to datasets, applying Creative Commons licenses to digital content or creating APIs (application programming interfaces) that allow programmers to build their own software on the museum’s data. 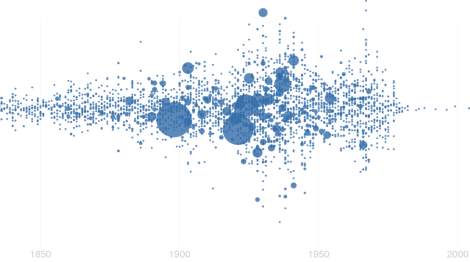 Detail on distribution of artworks in the Tate collection by birthdate of artists, visualized by Florian Krautli

Last month, the Tate museums opened up their collection database to the world on GitHub, a website where programmers collaborate. The Tate are providing metadata about artworks and artists of their collection – over 70.000 artworks – in a computer language called .JSON, which is commonly used for data sharing and processing. Anyone can download the data and use it for their own purposes, subject to some simple goodwill guidelines. Nina Simon, executive director of the Santa Cruz Museum of Art & History and author of “The Participatory Museum”, found two interesting examples of visualizations created by GitHub from the Tate’s dataset: 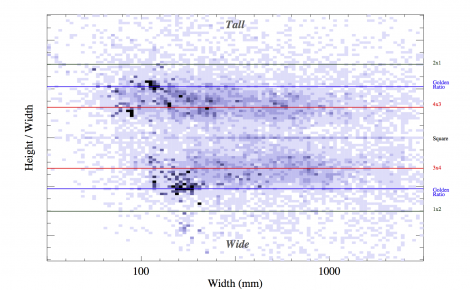 The dimension of art, visualized by Jim Davensport

Florian and Jim’s posts raise discussions and comments among the visitors and Nina Simon observes it’s simply awesome that museums’ data-sharing can cause people to have conversation about artists and artworks, irrespective of whether there are gaps or errors in those data or whether they are more or less interesting. “Opening up data is just the first big step to make it usable and useful – she writes. “These experiments promote new forms of collection, dissemination and analysis. Future iterations of data sharing and use will help institutions and citizen-participants take the next steps to make it meaningful”.