Much of the art featured was from mobile platforms, which use mobile phone apps to create artwork 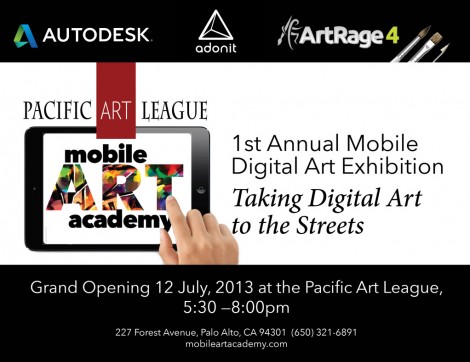 The Pacific Art League exhibition in collaboration with the Mobile Art Academy, ‘Taking Digital Art to the Streets’, which opened on 12th July, showcased a mixture of art pieces in traditional styles like charcoal and watercolours, and artwork made digitally.

Much of the art featured was from mobile artwork platforms, which use mobile phone apps like Sketchbook Pro, Procreate and Paper to create artwork that looks incredibly similar to the artwork created using a traditional paintbrush or pencil. 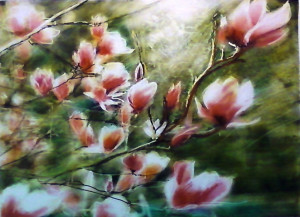 The integration of traditional art forms with digitally created artwork at the Pacific Art League exhibition demonstrates that rather than digital art being seen as a separate or lesser entity to fine art, it may actually become accepted as a standard art form in the future.

A more likely outcome would be that digital art forms seem unnecessary and not as innovative as they could be; why use an app to create a watercolour painting when you could just use watercolours? Perhaps digital art production should concentrate in innovating the art world by inventing new artistic styles, rather than attempting to mimic human artistic methods that reinforce the idea that traditional art, after all, is the best form of art. 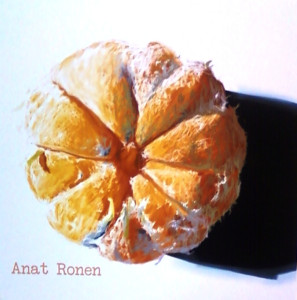 However, the fact that digital applications and software can mimic the strokes of a paintbrush so easily, and copy so many different styles of artwork, may suggest that they require less talent to produce. Some may even suggest that digital apps that paint like a human would paint could make traditional art forms obsolete in the future.

Whatever the public’s stance is on the creation of traditional art using digital mediums, the pieces on show at the exhibition demonstrated the remarkable level of talent of all of the artists, whether they used digital software or not.

Article in the Stanford Daily: http://www.stanforddaily.com/2013/07/16/pacific-art-leagues-taking-digital-art-to-the-streets-provides-a-fresh-perspective-on-mobile-digital-artwork/