The new frontiers of archaeology 2.0

Chronicles of Macerata: when hi-tech dialogues with history

3D reconstruction of the temple complex, cryptoporticus of Urbs Salvia

Drones flying to map the territory, 3D virtual models to reconstruct the physical-historical evolution of an area, geo-radars plumbing the subsoil in search of relics. Archaeology, although defined as science for the recovery of the antiques by the common sense, has never been as close as now to modernity and new technologies, which are opening horizons unimaginable so far.

In following such innovation direction, the University of Macerata joins “Macerata, a creative city” project, combining art, history, territory and technology. The university’s archaeology course established itself as a high competitive reality, though the resources are not to be compared to those of richer international universities.
«Right digital technologies can offer the possibility to interact with ancient art – Roberto Perna, Professor at University of Macerata, explains. «We work in several countries of Africa, Greece, Albania and Spain – he tells. «Some researches of ours are really cutting-edge, both in regard to historical goods recovery and audience engagement. On the one hand, the cultural heritage study enables a greater knowledge of the territory and its history; on the other hand, it allows heritage promotion also creating new business and job opportunities».
The university department is indeed oriented towards experimenting and applying innovative forms to classical archaeology. «We realised a model unique in the world, that is the 3D virtual model reproducing the Fiastra medium valley’s historical morphology and transformations – Roberto Perna goes on.
«This kind of material has the capacity for disseminating the research results in a very simple, immediate and captivating way, reconstructing landscapes, environments, river flows. It allows to see what things actually were with thousand-year-ago eyes».
Even if documentaries often show 3D archaeological reconstructions, such as models of the Roman palaces or Pompeii city, this has never been attempted for a whole territory.
«We made these mappings possible – Perna continues – also thanks to the cooperation with private organisations, endowed with specific technologies which they decided to apply to our surveys. So happened for instance with GeoInformatiX of Alberto Antinori and Dronesense, giving a precious contribution to our missions in Albania». 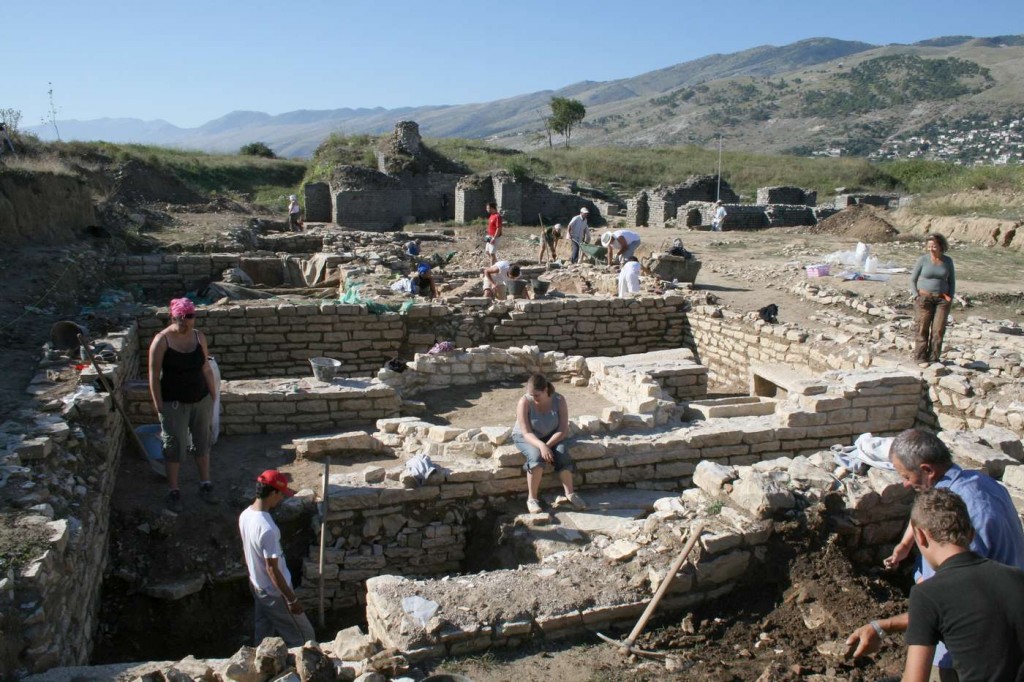 In the Albanian territory, indeed, the University of Macerata has conducted archaeological surveys carried out through drones, enabling to reduce the study times and to obtain images more explicative both to researchers and future interested tourists.
«We are furthermore developing a very innovative software which we are the first to test. Beyond economic resources, technologies are an occasion for growth and competence improvement. It is fundamental to understand how the use of new technologies can create relationship networks and stimulate interactions exploitable in multiple sectors and domains».

[This is a free translation from Marco Ribechi’s article, Cronachemaceratesi.it]