The NALIS Foundation and Forum

One of the sessions was dedicated to the Digital Public Library of America and the other – to the European projects in digitisation.

The National Academic Library and Information System Foundation (NALISF) was established in June 2009 with the support of the America for Bulgaria Foundation (FAB). The initial idea was that a special institution was founded with the sole purpose to construct, develop and manage the NALIS Project having as its primary purpose an online union national catalogue of the university and research libraries in Bulgaria. This seemingly simple task for a modern society turned out to be quite complicated in a situation where everything should be done from scratch, including the unification of the level of academic libraries automation and the introduction of a machine-readable cataloguing standard. 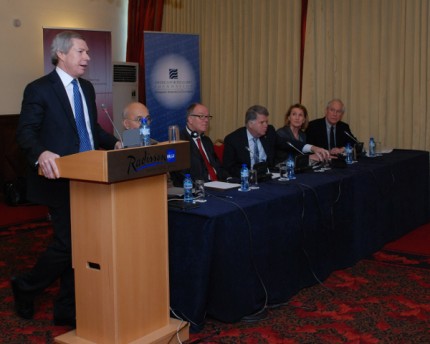 The US Ambassador in Sofia, HE James B. Warlick, welcomes the participants; the NALIS Board of Experts presides (Photo: E. Voleva)

The founders of NALISF are the Central Library of BAS (CL-BAS), the Sofia University “St. Kliment Ohridski” (SU) and the American University in Bulgaria (AUBG). Each of these institutions has its representative in both the Board of Founders and Board of Directors of NALISF, yet the Executive Director and his Deputy, together with the initial staff, are all associated with CL-BAS.

At the end of the first year NALISF managed to open the promised union catalogue to the public and ingest in it the resources of the founding institutions, whose holdings comprise 1/5 of the total number of items kept in academic libraries in Bulgaria. The second project year was dedicated to attracting associate members (11 universities so far) and extending the NALIS Union Catalogue with both the records of the associated libraries and the retroconverted records of the founding institutions (300 000 so far). As a result now we have more than 1 million records in the NALIS UC.

The 2011 NALISF Forum, entitled THE NALIS PROJECT: ONE YEAR LATER, took place in the Alexander Hall at Radisson Blu Grand Hotel, Sofia on 21st November. Leading figures in top libraries, archives and other cultural institutions in USA, UK, Italy, Germany and Bulgaria shared their experience and knowledge in the creation of digital libraries, use of library software, public engagement and other activities aiming to preserve the valuable collections. (For the event schedule see here.) 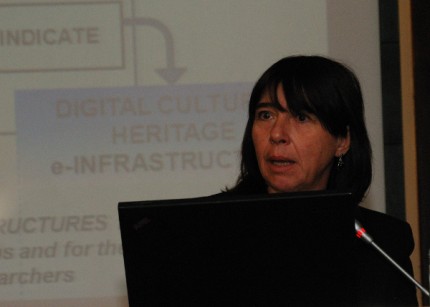 Parallel activities of the NALIS Foundation have been the creation of digital collections, mainly of rare and valuable books and periodicals and of archival documents – so far freely, easily and quickly accessible online through the NALISF website and NALIS UC portal. The catalogue interface was translated in Bulgarian and some of its additional functions were configured. Besides, 3 of the MARC 21 most important papers were translated (already accessible on the NALISF website) with a view to be used as a standard for machine readable catalogisation in Bulgaria. Three dictionaries of library terms were created, published on the NALISF website and regularly expanded with new terms to serve as reference material to the keenest librarians.

All the figures speak for themselves, especially when knowing that Bulgaria is a small country and the NALISF staff is a handful of people. Yet, they do not convey the message that the NALISF have changed the general attitude that the Bulgarian library society has towards digitisation, cooperation and openness.