The first sound of the future: Hatsune Miku

Sold-out concerts for the Japanese virtual idol – a synthetized voice software which became a popstar. 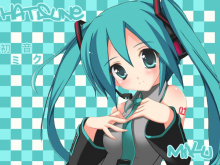 Hatsune Miku is a singing synthesizer application with a female character, developed by Crypton Future Media, media company based in Sapporo, Japan. The company develops, imports, and sells products for music, such as sound generator software, sampling CDs and DVDs, and sound effect and background music libraries.

Crypton is best known for production and sales of speech synthesis software for computer music. Its products use the Vocaloid singing synthesis engine developed by Yamaha Corporation

The Vocaloid is a tool that allows to synthetize the voice singing: it just needs the input of the text and the melody of a song. Since the Vocaloid was launched in the early 2000s, Crypton has developed several software applications, with female and male voices which were sampled from human Japanese singers. For each software the company had developed a peculiar character – in the classical manga style – which initially was probably just intended for advertising the product.

But very soon in Japan the phenomenon grew, so that these characters have become virtual, digital pop stars; Hatsune Miku is one of them, maybe the most famous. 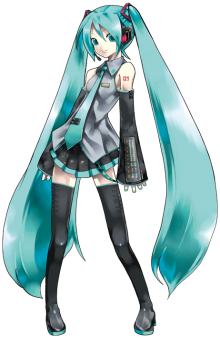 The name of the character comes from a fusion of the Japanese for first (初, hatsu), sound (音, ne) and future (Miku (ミク), so it is “First voice of the Future”. Her voice is sampled from Japanese voice actress Saki Fujita.

The character was designed with great attention and care about details, and she’s so appealing that she got plenty of fans, any kind of merchandise, and she had started her own “virtual life” as a pop star with live concerts in Japan and abroad, spots and TV appearances. Just to have an idea of her popolarity, she was chosen by Google to be the testimonial for the launch of its new browser Chrome in Japan.

Hatsune Miku can sing any song, she has an unreachable vocal range so that she is able to catch any note from the lowest to the highest, she’s always in tune… to strenghten the character and make her interactive, Crypton allows anybody to write a song for Hatsune Miku and her fans submitted to the Crypton website thousands and thousands of original songs.

But now it is time for Hatsune Miku to retire. Crypton in the last years developed other software and new virtual popstars are taking her place. Like any respectable popstar, Hatsune Miku said goodbye to her fans with a series of completely sold-out live concerts, where she has performed singing and dancing onstage as a projection (hologram) while all her fans where going crazy in the room and in front of the screens – as the concerts were broadcasted not only in Japan but also in other eastern countries of Asia. 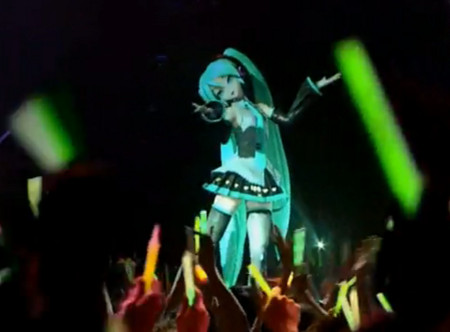