Sónar Festival in its 20th year

A festival which combines music with digital technology and arts

Sónar Festival in Barcelona recently celebrated its 20th year of showcasing music, new media techonologies and art. The festival, officially named the Sónar International Festival of Advanced Music and New Media Art was held between 13th and 16th of June this month and is a pioneering, one-of-a-kind event due to the incredible range of activities, concerts, events and exhibitions on show. 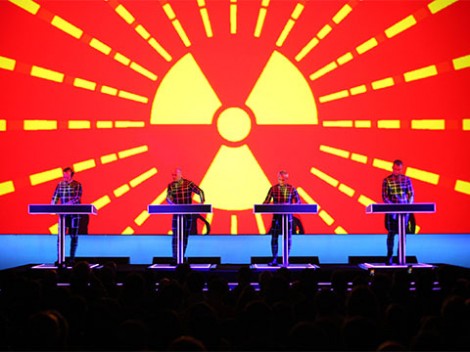 The performance of the Kraftwerk highlighted the intersection of music and digital visual arts.

Sónar began in 1994 with the idea of showcasing the most innovative and advanced faces in contemporary music, especially electronic music, while combining an interest in the digital arts and media world. This year the musical line-up included acts such as Skrillex, The Pet Shop Boys, Major Lazer and Kraftwerk. Kraftwerk’s performance highlighted the intersection of music and digital visual arts, which is the focus of the festival, as they put on an eye-catching show in 3D.

Sónar+D is the non-music concert side of the festival, which featured a huge amount of activities, workshops, exhibitions, competitions and film-viewings. One of the most innovate activities that formed a part of Sónar+D this year was the ‘Music Hack Day Barcelona’ during which hackers, who had been previously selected, were given 24 hours to create the next generation of music applications. The hackers competed for a prize, and had to create an application with the ability to combine music with brain signals, as the project was funded by KiiCS (Knowledge incubation & innovation and Creation for Science). 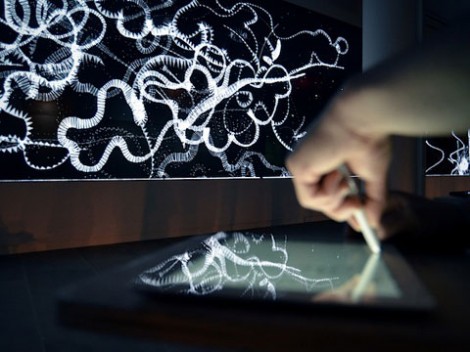 Also part of Sónar+D, were five digital art installations; the enormous digital sculpture ‘Matter’ by Quayola, ‘Binary Prints’ by Alex Trochut, ‘Labyrinthitis’ by Jacob Kirkegaard, ‘Skrillex Variations’ by Robert Sakrowski and ‘InkScapes’ by Adrià Navarro. Sakrowski’s piece showed clearly the interaction between music and and digital art and technology as it focused on the fenomenon of Youtube fans. ‘InkScape’ used a large interactive screen to display the drawings of various artists, providing a level of interactivity with the artwork as well as the use of sound.

The wide success of Sónar Festival is due not only to its unique approach to the idea of a festival, combining contemporary music with a glimpse into the world of digital art and technology, but also due to the dedication of its organisers in providing such a wide range of multimedia activities and events. In a world where digital media influences more and more our interaction with popular culture, Sónar Festival provides access to some of the most innovative ideas in digital advancement at an international level. The fact that Sónar combines, what is in its essence, a music festival with digital innovation, means that members of the public, often music lovers, who may have paid little attention to digital art and technology in the past, come into direct contact with digital art. These music lovers may even begin to take a new interest in digital arts due the intersection Sónar creates between digital innovation and music.