Rijksmuseum reopens and makes its digital collection of 125,000 masterpieces free to all

Amsterdam's top museum reopens its doors after a ten-years restoration 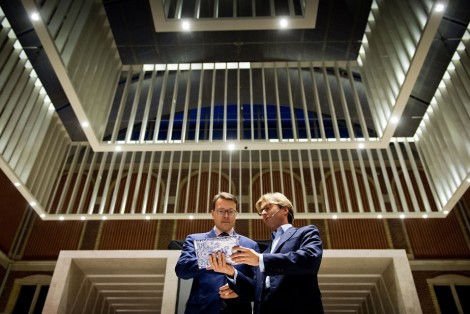 Dutch Prince Constantijn (L) opens together with director collections of the Rijksmuseum Taco Dibbits, the ‘Rijksstudio’, the digital archive of the museum in Amsterdam. The museum, which will reopen on April, 13 has pictured 125,000 masterpieces from the collection and placed it on the website. AFP PHOTO / ANP ROYAL IMAGES / KOEN VAN WEEL

Finishing touches and press preview for the grand reopening of the Rijksmuseum, Amsterdam’s top museum that reopens its doors after a ten-year restoration. It’s one of the top events of the Dutch city’s summer, celebrating the 400th anniversary of the creation of the canal network which makes the city so popular and fashionable.

As a prelude to its reopening 13 April 2013, the Rijksmuseum, launched “Rijks Studio“, a ground-breaking new online presentation of 125,000 works belonging to its collection.

Rijks Studio invites members of the public to create their own masterpieces by downloading images of artworks or details of artworks in the collection and using them in a creative way. The ultra high-resolution images of works, both famous and less well-known, can be freely downloaded, zoomed in on, shared, added to personal ‘studios’, or manipulated copyright-free.

Users can have prints made of entire works of art or details from them. Other suggestions for the use of images include creating material to upholster furniture or wallpaper, or to decorate a car or an iPad cover for example. This is therefore a large digital database that works as a kind of social network where you can share, create and edit artwork.

To celebrate this digital milestone, the Rijksmuseum asked leading international artists, designers and architects to become pioneers of Rijks Studio by selecting one work from the collection and using it creatively to create a new artwork. These were released in the run up to the reopening of the museum and you can discover items directly on the Rijks Studio official site here. 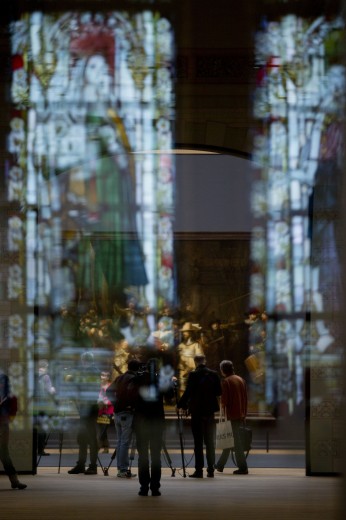 The renovation of the Rijksmuseum, which has completely transformed and renewed the historic building, is one of the most significant ever undertaken by a museum. The re-opening provides an opportunity for a major representation of the museum’s world-famous collection, much of which has not been accessible to the public for a decade. Over 8,000 works of art will go on show telling the story of Dutch art and history, with masterpieces by artists including Frans Hals, Jan Steen, Johannes Vermeer and Rembrandt van Rijn.