Wimbledon Lawn Tennis Museum got the match point as for application of digital technology.

The Wimbledon Lawn Tennis Museum in London has just reopened, with new digital ways of recording the past, and features a spectacular cinematic experience. 3D film images curve around audiences, explaining the science behind tennis and visually marking the sport’s history. It’s like stepping into a tennis, time-warping tunnel. The 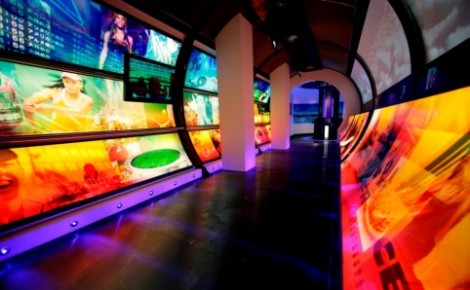 Museum’s use of digital media is changing the way we recollect and delve into the past.

The Wimbledon Museum contains digital displays tracing the history of lawn tennis. A cinema with 3-D effects explains the science of the game, a holograph of John McEnroe roams the dressing room, interviews with players are broadcast on TV screens and an interactive area allows visitors to handle racquets, test their reaction skills in simulation games and have their picture taken with the singles trophies. 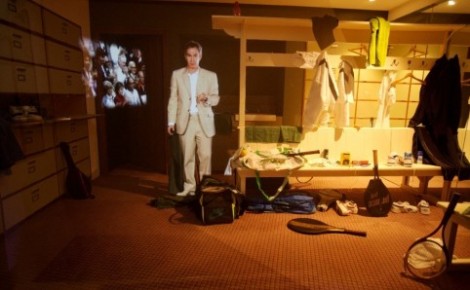 New additions to the memorabilia collections include outfits worn in the 2011 Championships by winners Novak Djokovic and Petra Kvitova. CentreCourt360 provides a viewing platform offering a 360° view of the arena. New displays include an exhibition dedicated to Fred Perry, featuring the player’s shorts and cigarette box.

Moreover, Wimbledon Lawn Tennis Museum is known for creating a new interactive touch screen experience, What’s in Store, which was opened in December 2010.

While the Museum displays a great deal of Wimbledon’s emotion and memorabilia, What’s In Store? gives visitors a chance to further see a selection of the items we have on file. Not only will visitors be able to see these objects but will also be able to enlarge, move, shuffle, and compare them.

Users can choose from six tabs to explore objects in the following categories: Medals, Posters, Jewellery, Food and Drink, Shoes, and Oddballs. Each tab includes 20 objects with a short description and multiple images of each. Visitors can also get a chance to see behind the scenes and to find out how the Museum stores and looks after its thousands of objects, which cannot be all displayed.

Whether visitors are interested in the history of medals, fashion, or looking at fun pictures of things in the shape of tennis balls, this interactive is appealing to everyone. 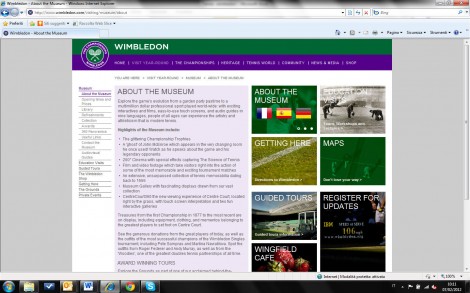 Wimbledon hosts some of the world’s best tennis that is rich in history and quintessentially British. Supporting this, Wimbledon Lawn Tennis Museum presents the past, present and future of the sport and has set its sights on becoming the ultimate destination for tennis fans around the world.

In  facts, the Museum has always been working for worldwide access, also featuring an audio tour to guide visitors around and immerse them in a multi-sensory experience. The tour was produced  English, French, German, Spanish, Italian, Russian, Mandarin and Japanese as well as for visually impaired.