by our correspondant Lucia Ruggiero 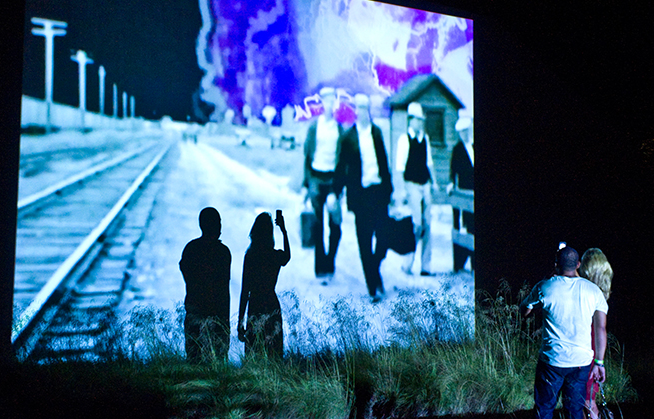 ‘She leaves the city (II)’ is the second part of a series of short film pieces. The first part was on show last year at the Milwaukee film festival and the San Gio Verona video festival. ‘She leaves the city’ is a sparkling array of shadows, light and glimmering images

The winning pieces are all incredibly diverse in content and concept. While some feature more abstract images and shapes, such as Lehrer’s piece, others concentrate more on the use of light and images to capture particular sentiments provoked by nature and the seasons, such as in the particularly beautiful piece by Holly Danger. Danger used 1000 pieces of ripped paper in her design, as well as graphic design and a green screen, gaining her the well-deserved prize for the most innovative piece.

Watch ‘She leaves the city’ by Brian James McGuire: http://brianjamesmcguire.blogspot.co.uk