Passage to India: a Gateway to Piaggio
Digital photographs by Fabrizio Sbrana 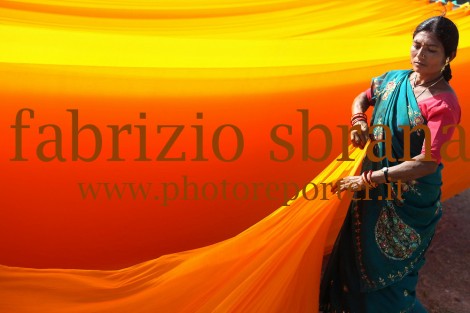 The great exhibition “Passaggio in India – a Gateway to Piaggio” starts on the 6th of December 2013, hosted as every year by Piaggio Museum in Pontedera, viale Piaggio nr. 7.

It is Piaggio Foundation’s annual homage to a great nation, which since the end of 40s has been welcoming and endorsing the success of Vespa and Ape. First with a business presence, then with a stronger and stronger productive intervention, Piaggio vehicles have been accompanying India’s industrialization process and business development.

Thanks to digital technology and to Fabrizio Sbrana’s splendid digital photographs, also reproduced in great and spectacular formats, and thanks to the environment recreated by architect Enrico Agonigi, the exhibition reproduces Indian spaces and walks the visitor through streets and squares where the great Asian country’s everyday life overlooks.

India’s thousand-year culture, habits, uses and – most of all – people overlook the exhibition itinerary and become its main attraction, together with architectural, artistic and furniture elements. The authentic reconstruction of an Indian cinema adds a spectacular touch to the exhibition and brings to Piaggio Museum’s rooms the charming and colourful look of Indian culture, represented by Bollywood’s film production.

The exhibition will be rich of collateral events, starting from the opening evening which will offer the occasion to taste the flavours of an Indian banquet. The 6th December inauguration will be enlivened by a dancers’ show. The “Bollymasala Dance Company”, directed by Indian dancer and choreographer Ambili Abraham and composed of seven individuals, dressed in colorful and captivating original costumes, will perform a perfect Bollywood style dance repertoire. Indian movies are indeed characterised by dance actions, music and thrilling rhythms that emphasise the most exciting moments of the film.

During the exhibition, which is being held from the 6th of December 2013 to the 15th of February 2014, one evening will be enlivened by the writer Giuseppe Caderna, with his reading and acting performance, while  a day will be devoted to the projection of the film “Lessons in forgetting”, winner of the “Piaggio Foundation” award at the “River to River – Indian Florence Film Festival”, which concluded in Florence on the 28th of November.

Also the closing of the exhibition, on the 15th February, will be characterised by a dance and music performance of Indian tradition, attended by Lucrezia Maniscotti. 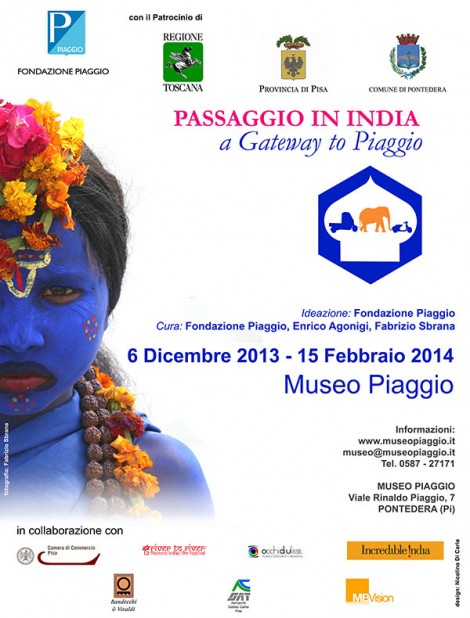