Enduring Voices is a project for preservation of endangered languages thanks to digital technologies.

Language defines a culture, through the people who speak it and what it allows speakers to say. Words that describe a particular cultural practice or idea may not translate precisely into another language.

Throughout human history, the languages of powerful groups have spread while the languages of smaller cultures have become extinct. Still nowadays, minority languages are being increasingly replaced by various politically,  economically, or socio-culturally dominant ones.

As big languages spread, children whose parents speak a small language often grow up learning the dominant language. Depending on attitudes toward the ancestral language, those children or their children may never learn the smaller language, or they may forget it as it falls out of use.

Many endangered languages have rich oral cultures with stories, songs, and histories passed on to younger generations, but no written forms. With the extinction of a language, an entire culture is lost.

That’s why preservation of language is so important: because the language is an effective part of cultural heritage.

Run in cooperation with National Geographic Society, the project “Enduring Voices” aims to identify the most crucial areas where languages are endangered and embark on expeditions to document the linguistic diversity and preserve it.

The Enduring Voices Project also can assist indigenous communities in their efforts to revitalize and maintain their threatened languages. 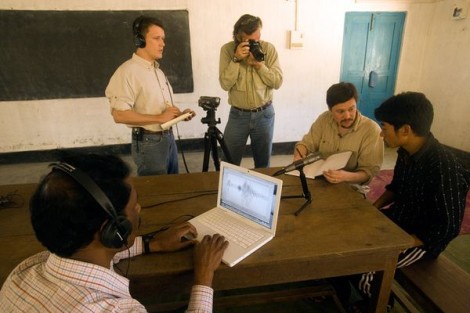 The key element of language preservation is indeed the collection of true language by recording individual speakers and cataloguing translations of their various words and phrases. Many of those collections have then been made accessible to the community online, to serve as a resource to help them teach their native language to the new generation, who all too often would otherwise grow up learning only the regionally dominant language.

With International Mother Language Day on February 21, the Enduring Voices team is pleased to announce the launch of Talking Dictionaries, that give listeners a chance to hear some of the most little-known sounds of human speech.

The Talking Dictionaries are not intended for the listener to know how to speak a new language, but to share fascinating forms of speech never heard before, and to highlight the rich diversity of culture and experience that humans have created in every part of the globe. 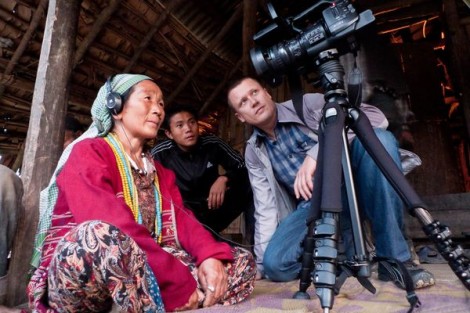 Tuvan: it is a Turkic language spoken in the Republic of Tuva in south-central Siberia and is the first language to be recorded for a Talking Dictionary.

Ho: Spoken in India by around one million people, traditional script in Ho cannot yet be typed on computers. Although its use is not considered to be in serious decline, the language is under-documented and therefore little known to the outside world.

Matukar Panau: Prior to 2009, Matukar Panau had been neither written nor recorded. This Oceanic language of Papua New Guinea has only 600 speakers who live in just two small villages.

Chamacoco: A Zamucoan language spoken in the Paraguayan Chaco, Chamacoco is used by a traditionally hunter-gather society that has now turned to agriculture.

Remo: it is an Austro-Asiatic language spoken by the Bonda people of India that is increasing endangered and, until recently, undocumented.

Muniche: it is an extinct language with no fluent speakers still living in the Peruvian amazon; however, a small corpus of legacy recordings have been collected for a Talking Dictionary.

And then there is a dictionary for Comparative Celtic Lexicon, that allows users to see and hear 288 cognates across the six modern Celtic languages: Irish, Welsh, Scottish, Brenton, Manx, and Cornish.

As of February 2011, the Enduring Voices team has made visits to a number of different locations, each expedition having its own specific goals. The first visit was to Northern Australia in 2007, where the team learned about best practice in indigenous language revitalization, visiting various communities in the Northern Territory and Western Australia. An exploratory visit to learn about the current state of the secret Kallawaya language and the endangered Chipaya language of Bolivia was also undertaken in 2007.

In 2008, Enduring Voices twice visited the northeastern Indian state of Arunachal Pradesh, where the team has been working on learning about the state of the Hruso (Aka) language, and began a long-term documentation of the little known Koro Aka language.

In 2008 and 2009, the Enduring Voices crew visited Northern California, home of the Winnemem Wintu, and Oklahoma to learn about the work being done by the Sac and Fox Nation on their Sauk language.

2009 also saw visits to the Paraguay, where Enduring Voices has begun to support work on the Yshyr Chamacoco language, and to Papua New Guinea, where Enduring Voices has started work helping to support the revitalization of the Matukar Panau language, and started a documentation of the Panim language, both of Madang Province. Data was also collected on the number of speakers, use and vitality of a range of other languages of PNG including the Yokoim (Karawari), Karim (Yimas) and Wamut (Nanubae) language of East Sepik Province, the Huli, Duna, Ipili, Etoro and Foe languages of South Highlands Province and the Panim and  Wagi Ne languages of Madang Province.

2010 saw another visit to the Koro Aka in Arunachal Pradesh and a Language Revitalization Workshop held in Santa Fe New Mexico. The most recent Enduring Voices trip was in January 2011 to assess the vitality of the Huillichesungun and Tsesungun languages of south central Chile and the Mapudungun language of central Chile.