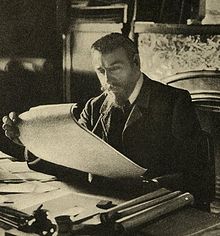 In its newsletter of July 2015 Pep’s, the plan for the Préservation et Exploitation des Patrimoines promoted by the Fédération Wallonie-Bruxelles, presents the documentary film dedicated to Belgian architect and designer Victor Horta, pioneer of the “Art Nouveau”. The film is part of the Wallonia-Brussels federation’s film library, whose contents are made available – among full many other multimedia contents – on the portal www.numeriques.be, collecting in digital format the treasures of important cultural institutions and archives in Belgium’s francophone region.
Numeriques.be is indeed one of the result arisen from Pep’s; in implementing this programme, the Wallonia-Brussels federation recognises the importance of the cultural diversity as fundamental value of the global riches. In safeguard of such value, the federation supports the digitisation projects carried on by the participant institutions.

Fédération Wallonie-Bruxelles is an organisation serving the francophone people of Brussels and Wallonia. It works in the field of Education, Culture, Sport, Youth, Scientific Research and Justice. The federation has a parliament, a government and public services (such as the Birth and Childhood Office, the Belgian Radio-Television of the French Community, the General Committee on International Relations etc.) which enable the fulfilment of its missions.
In the course of time, the Fédération Wallonie-Bruxelles has strengthened its links and collaborations with Europe and currently has delegations all over the world.

View the Pep’s newsletter of July