It recently held its second Transnational Partners Meeting of New Cities in Amman at the Department of Antiquities to hammer out a project strategy that aims at sustainable economic development on the level of the Euromed region.

The meeting held between 24-25 April, 2013 brought all the NEWCIMED partners from Spain, Greece, Tunisia, Jordan, Lebanon and Italy together. It is the Italian partner who is the Project Leader. 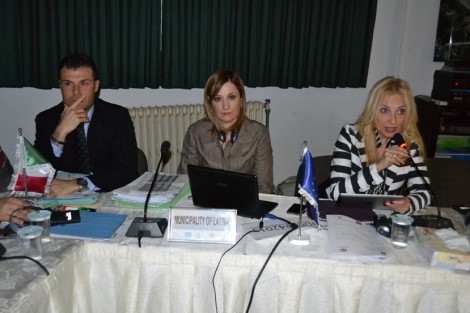 The project as well is based on cities and provinces implemented through municipalities and provincial local governments. The Project Partner is the Municipality of Latina under Project Manager Maria Dolores Fernandez, followed by other municipalities representing Eordea in Greece, Mamoura in Tunisia, Tyre in Lebanon and Tafileh in Jordan.

“It’s very exciting to be in Amman to plan strategies and roadmaps to realize the aims and objectives of this project to create socio-economic synergies and protect heritage,” Project Manager Dolores said. 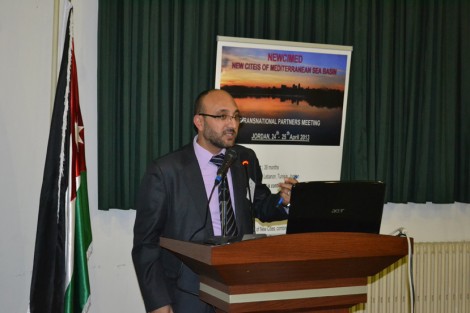 They all assembled in Amman with the Department of Antiquities playing host in the Fawwaz Al Khraysha Hall. NEWCIMED Jordan Project Coordinator, Jihad Haroun, DoA Director of Excavations and Surveys, launched the meetings.

“It is very refreshing to see Jordan, through the DoA, play host to this very important project in bid to spotlight Euromed cities,” he said.

The two other partners in the project from Italy, the Province of Oristano in Sardinia, and Department of Cultural Heritage and Education in Sicily spoke on the different areas of development.

Three supporting partners are the Association for documentation, preservation and enhancement of Euromed cultural heritage, HERIMED, the Progetto Sud UIL (Trade Union Institute for International Cooperation with Developing Countries), University of Rome “Tor Vergata” and University of Valencia in Spain.

The last two are responsible for the scientific and technical aspects of the project with the latter involved in the application of the ProEco Model.

The Amman meeting concentrated on providing new frameworks to move the project forward that is concerned with the promotion of the socio-economic development and enhancement of territories as well as strengthening national strategies.

NEWCIMED works according to specified six work packages, to make sure the work is methodical. Work Package 1 is related to  the creation of a Euromed Observatory, a so-called meeting of the minds between countries of the Euromed region.

This is while WP2 is related with establishing a communication plan involving the creation of a NEWCIMED website,  web marketing and dissemination activities, media local/regional press and radio, publications on the pilot territories as well as DVD documentaries and photos. These are useful because of the upcoming events highlighted in Work Package 4.

Work Package 3 is more specialized involving research activities on the cities involved and the application of the  ProEco Model.

Linked with WP 3 is Work Package 5 of planning, that involves SWOT Analysis of the pilot territories, definition of the programmatic and environmental frameworks, creation of local governance forums, elaboration of strategic plans, SteMA, and development of UNESCO projects.

In this project there are much practical actions devoted to Work Project 6 and involves the creation of a Euro-Mediterranean Widespread Museum and it Guide publication, and training activities for local population like youth and women, and university students.

In line with the Work Packages, is socio-economic development that is at the heart of the NEWCIMED to put the new cities concept at the heart of the Euromed including protecting cultural heritage, multi-sector planning, environmental and community development as well as tourism activity. Within this framework is local and regional public authorities, development agencies as well as tourism businesses, tourists, local populations and research institutes in the fields of history, architecture and urbanization. 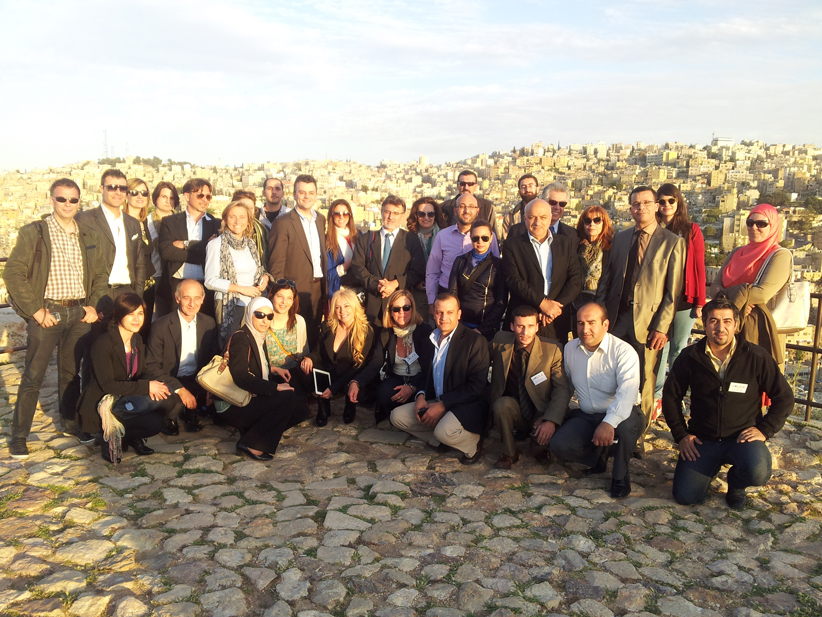 The Amman meeting was part of a trip to Jordan. The partners were taken to the age-old Amman citadel and rambled in the downtown area and then were taken to a more flashy part of the city, Jabal Amman to show how the conurbation is changing.

They were also taken to the City of Petra with the object to show them a landscape of contrasts.