Call for papers is open until 31 August. The conference will take place in Bologna (Italy) on 1 December 2016 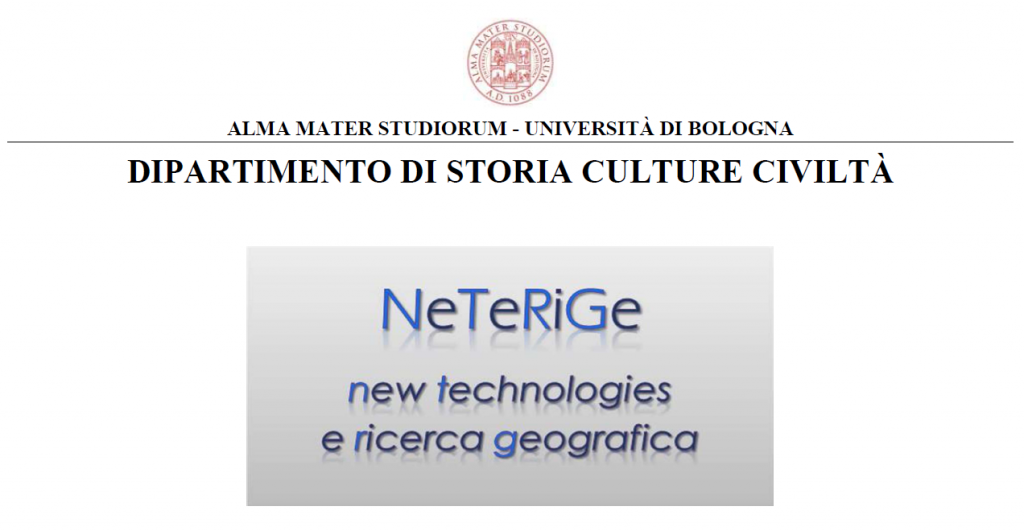 Ubiquity of media, especially new media, provides top down and bottom up generated contents. These contents are produced everywhere and at any time. The increasing use of new media brings texts and images overproduction that, furthermore, puts the emphasis on the Territory. At the same time, more and more accessible forms of narration – often massive and unverifiable, mostly known as web generated content – characterize territorialization processes.
In this contemporary communicative context territory becomes a narrated subject and assumes new configurations that readjust it and balance its significant with new semiological suggestions.
Digital communication is a tool with a strong impact both in storytelling and territorial representation, a tool that poses new theoretical and practical questions. In recent years researches focused on this tool as a media to represent and recount territorial complexity and cultural heritage.
According to post-representational theory cartography must be understood as a dependent expression, strongly associated with the context that produces and exploits it. This perspective attempts to reach a compromise between those who consider maps as a technical instrument, related to an applied knowledge and those who understand maps as a form of power/knowledge, subjected to an ideological structure.