This year saw the world’s first digital tattoo developed by Anthony Antonelli, which uses a microchip implant to display GIF image data when a mobile phone is hovered over the implant. The principal purpose of this digital tattoo was the storage and display of digital artwork, but Antonelli did suggest the same implant could be used for different types of digital content storage. 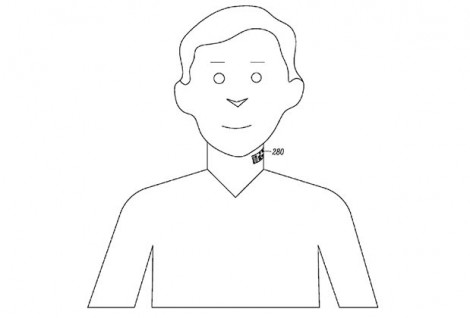 In this respect, the development of a digital tattoo designed to help people control their mobile phones wirelessly, by Google-owned Motorola, does not come as a surprise. Using voice commands, the tattoo doesn’t represent a huge advancement in technology; voice commands have been used for many years, and many will be familiar with ‘Siri’, the automated female voice that responds to iPhone users when the use their voices to navigate their phones. However, the wireless digital tattoo Motorola has designed operates similarly to a Bluetooth device, allowing you to pair with your handset. The tattoo is designed specifically for the throat, to enable voice recognition and the use of commands. Despite this apparent usefulness, the high visibility of the tattoo on the neck, and the fact that it appears as a barcode on the skin, may prove less appealing to a possible market. Some members of the public may see the advancement of technology into the human body as not only useless technology, but proof of a new futuristic age upon us: Andrew Couts for Digital Trends wrote that soon “we’ll be into Blade Runner territory”. Only the consumer response to this product, from the most dedicated smartphone and gadget users, will confirm whether or not Motorola’s idea is an appropriate and useful use of technology.

View the article published on digitaltrends.com: