Street art can be a powerful platform for reaching the public, and motivations of street artists can be as varied as the artists themselves. Some wish to raise awareness of social and political issues; others simply see urban space as an untapped format for personal artwork, while others may appreciate the challenges and risks that are associated with installing illicit artwork in public places. However the universal theme in most, if not all street art, is that adapting visual artwork into a format which utilizes public space, allows artists who may otherwise feel disenfranchised, to reach a much broader audience than traditional artwork and galleries normally allow. 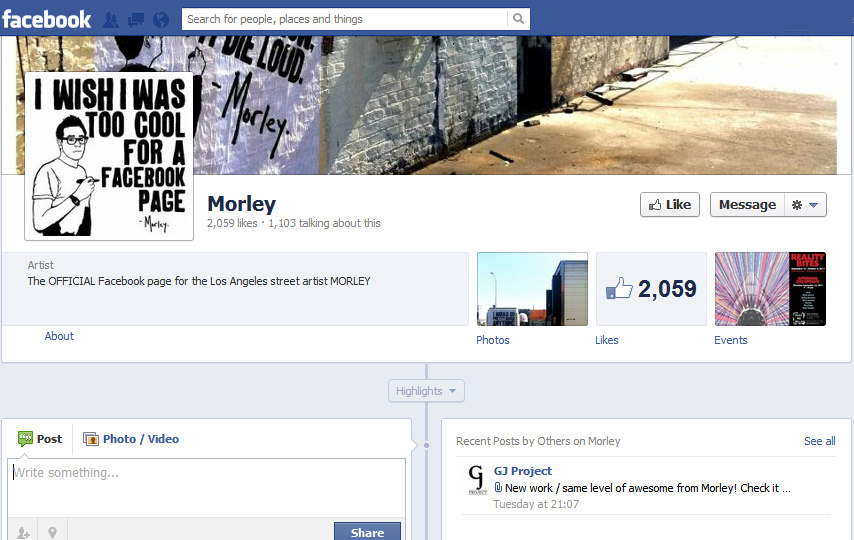 What’s more interesting from the point of view of the digital culture is the fact that many of the artists use social media (Facebook, Flickr) to maintain their fan base and to spread their art work further. In some cases, social media are also used to promote and sell T-shirts and other stuff. A major recurring theme in street art and social media is that rather than creating a traditional fan page many street artists focus on building a larger fan base using a personal profile under their pseudonym.

Street art has received popularity in the past decade, with international artists like Banksy and Shepard Fairey (known as “Obey”) leading the movement. These two artists have been known for their politically infused artwork, from Banksy’s “Guantanamo prisoner in Disneyland” 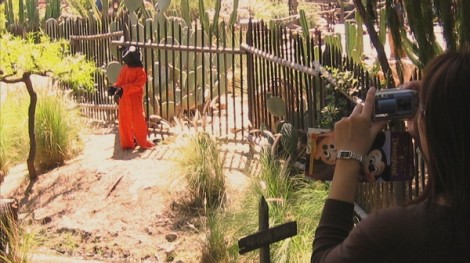 to Fairey’s “Hope” Poster. These political works has been just some of the few works that’s targeting the political landscape around the world. In Banksy’s stencil, topics are the culture, ethics and politics. From London to major European capitals to the most important museums of the world, the unmistakable sign of the artist leaves an indelible mark. Fairey is instead a master of poster art. His work on the streets, in a loop of reprocessed images that push the loop, now addicted to the bombardment of advertising, wondering about the sense of what they are watching.

But in recent years, from being aggressive, street artists have mellowed down and a lot of them have taken the modern street art revolution to a different level, a more mature and humanist level, where street artists encourage people to feel better about themselves every day.

A possible cause of the shift in street art’s attitude, from being radical to mellow, is the public empathy towards the street artist’s cause. Having an ally in the form of a community has transformed the street artist from a rebel youth, to a beloved character on the streets. This may have led different artists and new artists to provide moral and visual support to their audience.

Because of the revolutions, the different crises, and crushed dreams, contemporary street artists began to create new artwork that remind the people of their dreams, to be strong, and to move forward.
Some of these interesting artists are Morley, Above and Swoon. These artists have created street art in a fashion that portrays the human need for inspiration and affirmation.

Above
One of the few well-known yet anonymous street artists around, Above is well-known for his constant “art tours” that has covered almost three continents, from the United States, Europe, to Australia. His iconic “Arrow Mobile” installations are used depending on his project or the site of his planned project. He has also done wall murals that incorporate short messages or a play on words that can be seen in different parts of the world. 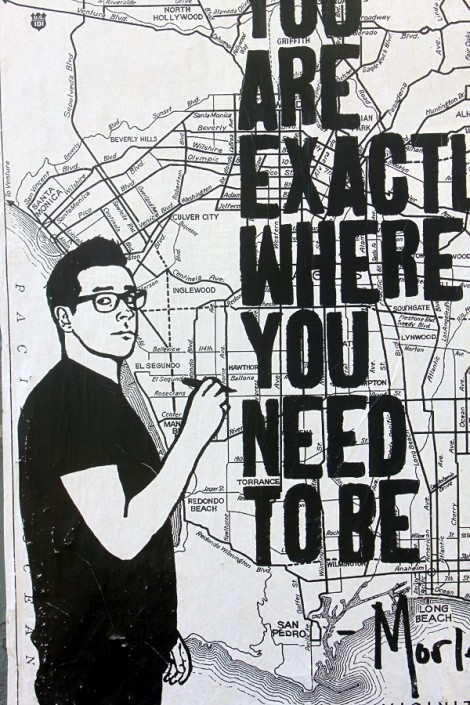 An LA-based street artist, Morley devotes his time in creating typographic poster designs with his witty imagination. Inspired by the dreamers and the illustrious around the Hollywood area, he decided to create a series of posters that would somehow leave “a ray of hope” to the weary souls of the city. His style portrays relatable situations and emphasized by bold letters.