At the Internet Festival, a workshop on the mash-up videoart phenomenon

The Internet Festival, to a certain extent, resembles Internet. The offer is so wide and various, even though interconnected, that you can feel lost or you can get the frenzy to see as much as possible or you can simply wander among the different places which, so as the hubs of the web, show the highest events-density. So as it happens in the web, everyone follows his path. And everyone finally meets what is most suitable for him. So as in the web, you must choose among a lot of options and you must do it quickly. Then, you follow an idea or better a word, a key word, as in the search engine.

Among the many words which arose in my head by reading the schedule, finally one stayed fixed in my mind more than the others: “mashup”.

The workshop “Mashup, remix: new languages for new technologies” was held in the theater of the Arsenale, the historical “cinema d’essai” in Pisa. In the debate, moderated by Sandra Lischi, professor of Videoart and co-director of the Milan’s Invideo Festival, interlaced and came in succession the speeches of: Derrick de Kerchove, big-famed scholar all along involved in the study of the relation between new media and social, anthropological and political changes; Mariangela Matarozzo and Alessandra Lo Russo, curators of the Mash Rome Film Festival – at its  second edition in 2013 – and Danilo Torre, author of video works. Topic of the workshop: the mash-up phenomenon, that is the reuse of different types of video material, largely present in the web, to be transformed in various way in order to create new works. 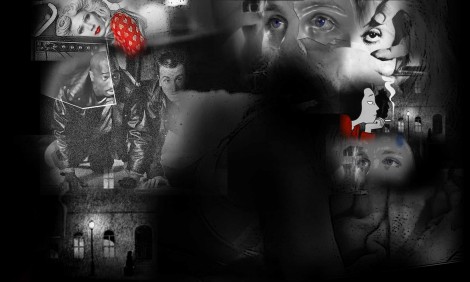 This tendency in the video production is surely influenced by the great ease of access to the video material today offered by the new tools, smartphones included. But there is more than this. The remix culture seems to be intrinsic to the age we are living in, where nothing has a separate existence anymore and everything is continuously reused and endlessly modified. Moreover the art, according to Derrick, reproduces the deep reality of human existence and the present condition of our existences is fragmented. In the contemporary era,  the unity of time and place got broken, in our lives earlier than in the works of art. Each one of us is continuously interrupted, fragmented by thousand different solicitations, crumbled. “For example – Derrick says with a joke – I can imagine how many of you are contemporary listening to me and looking at the messages on the mobile phone. By now, we don’t think in a linear way anymore: the electrical roundness and the visual communication substituted our traditional way of communicating and so of thinking”.

The mash-up develops in different ways. One of them consists of taking a base which is common heritage, such as a famous  advertisement or images of famous movies, mixing it up with different audio and video elements. This kind of remix almost always presents a strong satirical intent.

In the supercut sub-kind, innumerable fragments of movies or other video material are reassembled together: a cinematographic cliché, let’s say a gesture or a typical situation (walking, making love, dancing, fighting) is connected with another one, almost identical, of another movie. In this endless association the sense of what is original gets lost, every tale merges into another, everything emerges in its endless reproducibility.

Certainly, the current mash-up creators aren’t authors so as Pasolini  was in “La Rabbia”, a work which may be technically considered as predecessor of the genre (as Alessandra Russo rightly observed). We are moving from an idea of author’s exclusive responsibility to an idea of responsibility shared with the observer, who is much more free, than in the past, to autonomously give a sense to what he is shown.

The work of Danilo Torre “Bank Robbers” is more than a simple demonstration of that. The screen is divided in two parts. On the right side, scenes of robberies truly happened and filmed by video cameras follow one another; on the left there are scenes of cinema robberies. Everything is not commented but by some writing at the end, among which the popular sentence of B. Brecht “Robbing a bank is a little crime compared with the one of founding a bank”. Explaining his work Torre says that is a work on the reappropriation. But this interpretation is not the only one possible. Probably, watching the video, someone could consider it as a critic to the bad example that the cinema can give. And so on. The striking thing is that the two sequences are so much specular to confuse the boundaries between fiction and reality, as someone in the public observed. Actually every fact, from the moment when it is filmed and shown, stops to be reality and becomes performance. But there is at least a difference: in one case, the takes are made in order to intentionally create a fiction; in the other one, it’s a matter of reusing material born for a different purpose. This lack of an explicit didactic intention is one of the peculiar elements for many examples of mash-up. About that, Sandra Lischi cites “Der Riese” (The Giant), by Michael Klier. The work is completely made of supervisory cameras fragments, therefore in those takes there’s no intention but supervision. Precisely by this lack of a narrative line we are pushed to try to imagine a story that goes beyond what we can see and we try to imagine, for example, what’s  going to happen to that subject suddenly gone out of the camera field.

The  Mash Rome Film Festival curators talked about the mass dimension of the Mashup phenomenon and of the necessity to distinguish between works mechanically made and other works which, even if remixed , express creativity and artistic and aesthetic qualities. Surely the great diffusion of material to remix, if from one side facilitates the dissemination of the phenomenon, on the other side doesn’t guarantee the quality. That is why a selection of the works, which enables the talented artists to emerge and become popular, continues to be significant. At the same time it’s important that the these works are not enjoyed distractedly, privately or almost by chance, but that also for them exists the possibility to be admired on the big screen, at least in given circumstances.

read the article in Italian – PDF