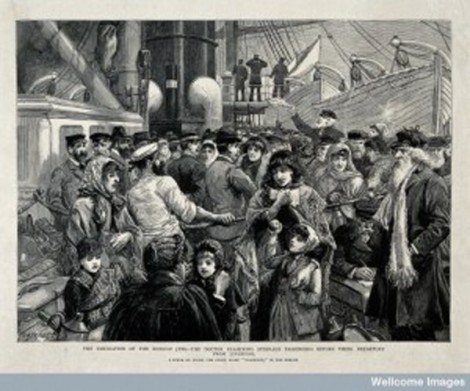 The all-new virtual exhibition tells the story of European emigration to the United States during the 19th and 20th centuries.

Jointly curated by the two digital libraries, the exhibition uses photographs, manuscripts, broadsheets, paintings, letters, audio, government documents and other unique materials to chart people’s journeys across the European continent and their settlement in the United States.

‘By combining forces to show how Europeans began new lives in the New World, Europeana and the DPLA have demonstrated a principle that goes far beyond the immediate subject of their exhibition: to build a successful digital future, we must collaborate on an international scale,’ said Robert Darnton, DPLA Steering Committee member and Carl H. Pforzheimer University Professor and Director of the Harvard University Library. ‘The exhibition inaugurates an alliance that will multiply the benefits of the Internet for generation after generation, everywhere in the world.’

The DPLA and Europeana—guided by a common mission to make the riches of libraries, museums, and archives openly available to everyone in the world—collaborated regularly with curators, content partners, project staff, and others to design and build the exhibition cooperatively.

Leaving Europe: A new life in America represents the starting point of a significant long-term relationship between the two digital libraries.

‘I am delighted at this first joint initiative between the DPLA and Europeana, one on an eminently trans-Atlantic subject,’ said Bruno Racine, Chair of the Europeana Executive Committee. ‘We share common goals—the free circulation of ideas and knowledge, dedication to the public good—and we believe that the digital revolution opens up unprecedented possibilities for exchanges like this one. I am very proud that Europeana can in this way express its support for the DPLA and for the values it defends.’

Over 30 million Europeans, from as far north as Scandinavia and as far south as Sicily, set sail to America in the 19th century and the first quarter of the 20th century. The exhibition, organized across seven major themes, describes the experiences that different groups of hopeful immigrants from across Europe faced. The exhibition allows the virtual visitor to accompany them on their often difficult journey from their native region and country, across the Atlantic and into the ports, cities and local communities of the United States.

Leaving Europe: A new life in America is presented in French and English and features over 100 rare digitized items, many of which have not been made available before. Europeana’s contributing partners to the exhibition include the Bibliothèque nationale de France, the National Gallery of Ireland, the Jewish Museum of London, the Royal Library of the Netherlands, the Saxon State Library and the Norwegian Photo Archives. 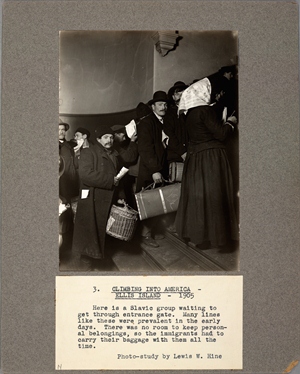 Europeana launched in 2008 and the DPLA will officially launch a prototype on April 18, 2013. They have made commitments to make their systems and data interoperable to the greatest possible extent; to promote open access through joint existing and new policies concerning content, data, and metadata; and to collaborate regularly on developing specific aspects of their systems, beginning with an interoperable data model, a shared source code, and cooperative collection building. The two digital libraries announced their collaboration in October 2011.

About the Digital Public Library of America

The DPLA is taking the first concrete steps toward the realization of a large-scale digital public library that will make the cultural and scientific record available to all. This impact-oriented research effort unites leaders from all types of libraries, museums, and archives with educators, industry, and government to define the vision for a digital library in service of the American public. More information can be found at http://dp.la.

Europeana brings together the digitized content of Europe’s galleries, libraries, museums, archives and audiovisual collections. Currently Europeana gives integrated access to over 22 million books, films, paintings, museum objects and archival documents from some 2,200 content providers. The content is drawn from every European member state and the interface is in 29 European languages. Europeana receives its main funding from the European Commission. More information can be found at http://www.europeana.eu/portal/.