On 10-11 October 2014, on occasion of the Internet Festival in Pisa, the Museum of Computational Tools hosted The Old Videogames’ Night, during which the citizens competed in an old Eighties’ videogame. What? Try to guess!!!

The successful event started in the afternoon of Friday and concluded at Midnight on Saturday 11 October, with the prizegiving.

With the occasion, the museum set up an exhibition of old consoles, for telling the story of the home videogames until the Nintendo, protagonist of this edition of the Old Videogames’ Night. 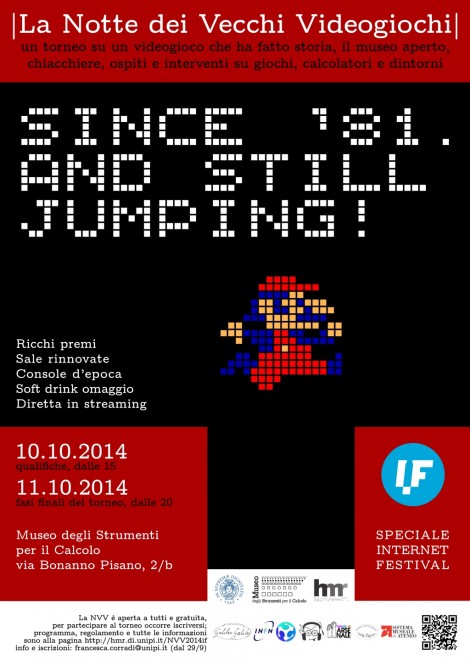 Here is a description of the exhibited consoles, written by Giovanni A. Cignoni e Giuseppe Lettieri:

Computers for Gaming, by Giovanni A. Cignoni and Giuseppe Lettieri

In 1971, nine years after Spacewar! was developed by Steve Russel on the PDP-1, Nolan Bushel and Ted Dabney created the Computer Space arcade game. The two later founded Atari, a brand that will become well known in 1972 with Pong, a far less sophisticate, yet incredibly successful arcade game. Shortly after, the home video game consoles arrived: the first one, also in 1972, was the Magnavox Odyssey.

These early consoles were not real computers, but single-purpose machines based on the integrated circuit General Instruments AY-3-8500 that made it possible to play 4 or 6 different variations of Pong, in black&white or in colors.

To increase the longevity of the product, in some models part of the electronics necessary to the various games was in external, separately sold, cartridges.

There were some clashes in court, either on the single games (in fact, the Atari Pong was a few pixels away from the Odyssey Tennis, or vice versa), then on the idea of home console, and finally, on the same concept of video game.

In 1985 Nintendo tried to invalidate all earlier copyrights and patents claiming that the very first game was the Tennis for Two built in 1958 by William Higinbotham at Brookhaven National Laboratory using an analog computer and an oscilloscope.

In 1976 Fairchild launched the VES (Video Entertainment System), a real calculator based on their own F8 processor, but it only run games and only had dedicated input devices. It used cartridges, but they were just ROM memories from which, simply, the program of the game was loaded into the machine RAM.

Another example of computers for entertainment were produced, since 1976, by Fidelity Electronics. They offered only one game: chess. The Chess Challenger are able to play chess because they have a real processor: the Intel 8080 (a relative of the 8088 used on the first IBM PC), or the Z80 (used for instance by the Superbrain and the Osborne 1), or the 6502 (the same used for the first Apple computers). 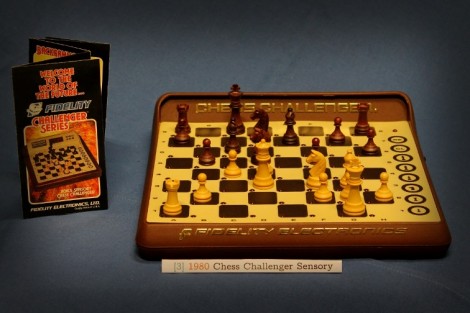 The Fairchild VES was sold in 250,000 units, but the size of the market is better appreciated by looking at the most succesful product of the period: the Atari VCS (Video Computer System), best known as the 2600 (the name changed later for commercial reasons). The console was based on the MOS 6507 processor (from the same family as the 6502) and more than 30 millions units were sold in various versions from 1977 to 1992.

The second generation also includes the Mattel Intellivision, launched in 1980, and the Magnavox (now Philips) Odyssey2, known in Europe as Videopac G7000 and produced since 1978. The Videopac graphics was not up to the competitors, but the keyboard, introduced to give the console the facade of an educational game, was a forerunner of those machines that would arrive shortly.

The mid-80s saw the decline of Atari and of video game consoles in general. Among the causes the market saturation and the competition by the home computers.

For a short time, home computers were able to convince the players (or at least their parents) to invest in machinery that, without taking anything away from entertainment, were real computers (a true keyboard and devices like floppy-disk drives and printers) and also offered “serious” software (word processor, spreadsheet, drawing, music) and gave, to the boldest users, even the opportunity to learn the secrets of programming (and not only in BASIC).

The rulers of this period are on display in the Museum permanent exhibition dedicated to personal computing.

In 1983 comes the Japanese Nintendo Entertainment System, or NES (or FamiCom as was named in Japan), the dawn of the third generation. The American market was conquered in a short time thanks to games like Super Mario Bros., which remained exclusive for the NES for two years thus hindering the competition of other products like the Atari 7800. 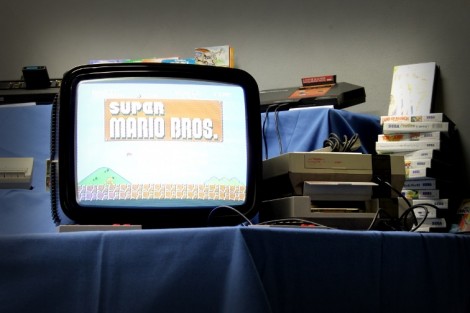 More popular in Europe was the Sega Master System, also born in Japan in 1985 and arrived in our continent only in 1987. In the same year in Japan began the production of the first 16-bits consoles.  But that is another story. 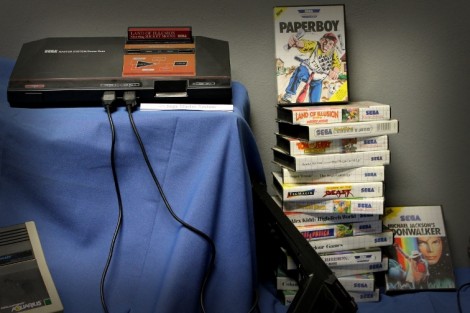 Consoles and home computers were connected to home TVs: our last paragraph is devoted to this important video game device, represented by an icon of the Italian style of the period: the Brionvega Spot.

The Spot was designed in 1978 by the same Mario Bellini who, a few years before, had signed the unique line of the Olivetti Programma 101 – a champion of the Italian side of computer history and a main character of the Museum permanent exhibition.