How do we speak about water?

How do we relate? What are our fears, concerns, important issues, joys and anxieties about water? 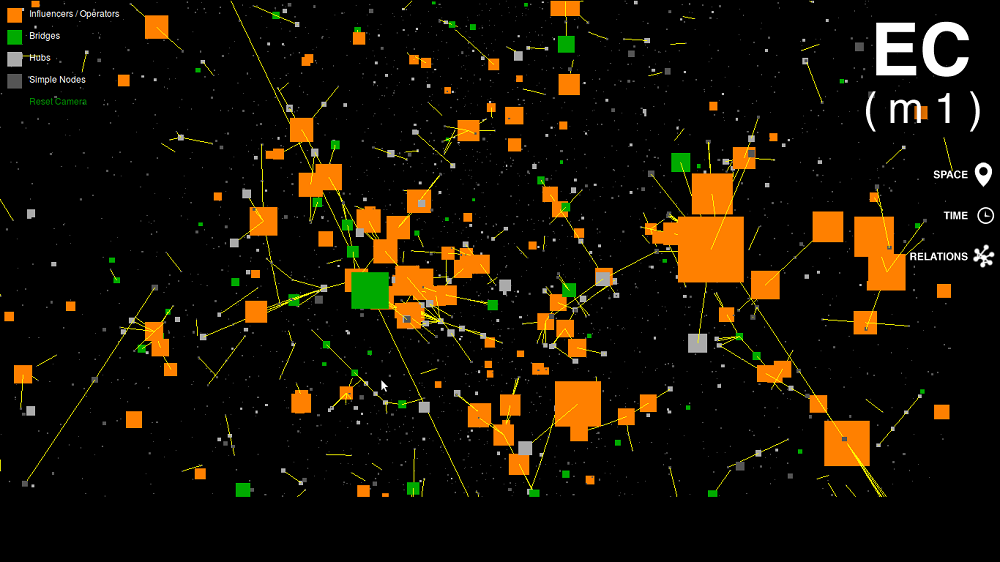 Human Ecosystems has captured 3 months of public social networking conversations about water and analysed them: a full linguistic, emotional, geographical, relational and network analysis has been performed using Human Ecosystems technologies. More than 700 thousand conversations, involving more than 150 thousand users speaking Italian or being in the Italian territory. From people going to the beach to concerns about pollution, draughts, the extreme heath and other expressions, among surprise, joy, happiness, anxiety, fear and expectation.

Workshop and round-table “Analysis and interpretation of evolving cultural phenomena – Human Ecosystems” is organised by Only Italia and DiCultHer in collaboration with BAICR-Cultura della Relazione, INSOR-Istituto Nazionale di Sociologia Rurale and 4Changing-Consulting to the Change. The workshop will focus on the analysis and study of evolving cultural phenomena and their artistic representation through open data and social networks. Leonardo Zanier (poet and inventor of the “scattered hotel”), Carlo Toson (architect, previewing the book on the “scattered hotel”), Carmine Marinucci (DiCultHer), Lucio Fumagalli (secretary-general and vice-president of INSOR) and Alessandra Seneen (administration counsellor at BAICR) will discuss with Oriana Persico and Salvatore Iaconesi the use of Human Ecosystems as tool for analysis and enrichment of the rural environment in addition to the urban one.

Human Ecosystems, city based project started in Rome in 2013, is a family of systems for real-time information capture from social networks, to visualise the human geography of cities across space, time and relations. Currently under experimentation in several cities of the world, among which Sao Paulo (BR), Montreal and Toronto (CDN), New Haven (USA) and Malmö (SE), starting from September 2015 it will be utilised in Sao Paulo for studying the serious water crisis in the city, in collaboration with the Universidade Metodista and SESC, federal agency for museums and the contemporary art. The project captures public conversations of the cities, held on the main social networks (such as Facebook, Twitter, Instagram, Foursquare), and analyses them through Natural Language Processing technologies in 29 languages, to understand what people talk about (topic), what emotions they express (emotion), where the conversations take place (space), how they are distributed across time and how people relate to the relational ecosystem outlined by their interactions (relation, in particular referred to: ways groups and communities are created; role undertaking; ways information, opinions, knowledge and emotions flow in and across communities and their transformation across time/space and in topics; ways they connect and disconnect).

All data produced will be published as an Open Data dataset, to be used by citizens, researchers and organisations to understand our expressions about water, the ways in which we collaborate, are different, are united or divided and how emotions, opinions, information and knowledge spread across human relations in the digital sphere. The projects therefore results in a sort of “Real-time Museum of the City”, real-time showing the city’s life with its communities, flows, conversations and relationships, represented through high aesthetic impact visualisations describing thematic maps, social graphs and timelines.

The workshop is organised and supported by: