How Digital TV has made its impact in the global technology market?

The first Satellite dishes available in 1970’s were big satellite equipment that were fixed into backyards because their size did not allow them to be fixed onto the roofs. The modern day satellite equipment are smaller in size that can be attached to any wall and are hardly noticeable. However, with the introduction of digital television technology, the satellites and terrestrial broadcasts is soon going to be a thing of the past.

What Is a DTV Digital Television? 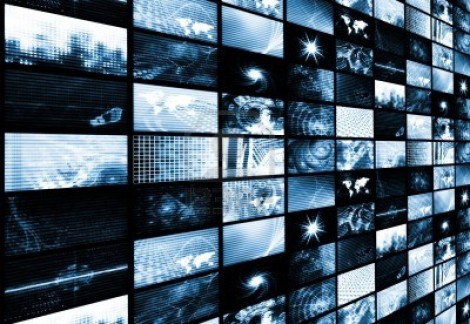 The digitization of television signals has expanded the capacity of the modern transmission technology. The digital transmission is spreading quickly, as a consequence. Digital formats, despite their popularity are facing serious economic and technical hurdles; therefore, it is essential to understand the difference between the two forms of digitization in order to get a better understanding of the impact of digital television on the global technology market.

The Impact of Digital Television on the Global Market

Even though, the digital television industry is booming in comparison to satellites and terrestrial broadcasts, the digital TV market is facing a number of challenges. In order to provide global solutions for television makers who are trying to integrate the analog and digital functions in a single design, it is important to address the challenges.

While MPEG2 continues to dominate the compression technology, the new coding schemes including MPEG4 and Windows Media 9 are beginning to open up the possibility of SDTV over IP-based DSL networks for telecom operators, more HD channels available over satellite that are integrated with latest modulation formats including 8PSK, DVB-S2 and inexpensive high density PVRs.

The latest global software standards like Multimedia Home Platform and Java will make these latest interactive applications that are going to demand a much higher performance in the receivers of digital television at significantly lower costs.

In a nutshell, with the continuously evolving technology, digital televisions are soon going to replace the existing versions of televisions in our homes. Integrated network boxes and home servers will be able to distribute video and Internet services throughout the home using this new technology, presenting an integration and technology challenge. While on one hand the technology is openly welcomed by technical savvy consumers, others do not see any value in having extra channels and perceive the conversion process as a complicated process, and therefore, they are not willing to convert their televisions to the digital format in the near future.

D. Baxter is a software engineer and a frequent blogger. She loves to share her knowledge about the latest development in the world of technology in the form of blogs and articles. Her advice for those in the market for Spanish TV can use one of the Dish Latino packages.