From Computer Illustration to 3D Printing (and beyond)

Digital illustrations, pixel art, computer animation and 3D printing (just so, there are printers able to print objects, instead of simple paper images, but someone is already working on 4D printing and can you imagine? The 4th dimension is time!!). That’s Digital Art today, thought by humans and made by computers: its meaning and its effects are more and more amazing and not only artistic.

With digital illustration you can tell stories «to engage viewers and convey their meaning» – writes Lisa Hassel of ‘digitalartsonline.co.uk’ -, create comics (even interactive!), advertising posters and magazines covers, or simply “Do Art”.

Someone always starts with ink, paper and pencil, like Alice Lickens (UK), and use Photoshop to soften her work. Someone uses pencils and ink only if having a lot of spare time, like Jakub Gwiazdowsky (UK). 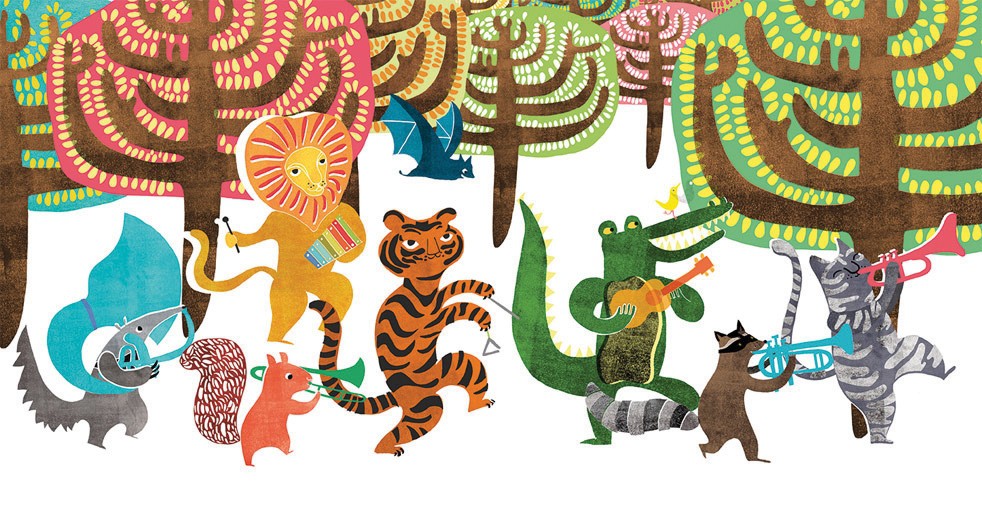 The Boogaloo, by A. Lickens

Some 1980s’ nostalgic ones choose to return to the “essentialism” of the old pixel (now supplanted by very higher-resolution images) as a reaction to the modern graphics industry. 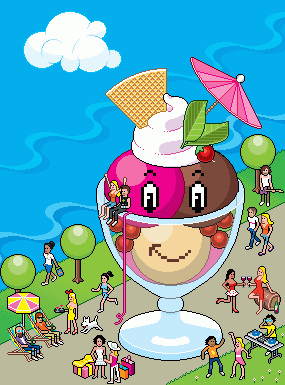 Obviously, Digital Art is not only static. It can be animated. Do you remember “Toy Story” of the Pixar-Disney studios? In 1995, it was the first CGI (Computer Generated Imagery) 3D animation feature film. It was completely made by the computer, with the animation software RenderMan, developed by the Pixar, and Maya.

Now many years have passed, John Lasseter, chief-creative-officer at Pixar and Walt Disney Animation Studios, received the Golden Lion for Lifetime Achievement during the 66th Venice Film Festival and the 3D computer animation show is going on. Not only in movies and videogames. It’s art at the service of the advertising world, it can be used to promote projects and broadcast ideas. Look at the PlusOne’s latest showreel. PlusOne is an Amsterdam-based design and animation studio. In its brand-new showreel shows us what they’ve been doing for brands and projects including Grolsch, Amsterdam DNA at the Amsterdam Museum, the Beelden voor de Toekomst (Images for the Future) –  project to conserve and digitise the audiovisual heritage of the Netherlands –  and De Gouden Eeuw – a documentary series for Dutch public service broadcasters NTR and VPRO about The Golden Age in The Netherlands – .

But Digital Art is more than this. In 2009 Bre Pettis (USA) invented a model of 3D printer costing around 1000€ (instead of  100.000 and more) and everything changed. Since then, the production process is going to be completely “do it yourself”.

A new industrial revolution is just around the corner, as Chris Anderson, editor-in-chief of the WIRED magazine, says. The “Makers” are coming. They are artists, inventors, computer technician, craftsmen. They work at home and they meet in FabLabs  (from “Fabrication Laboratory”; they are fully kitted workshops where everyone can share their ideas and turn them into reality). They project their inventions and print them with 3D printers.

Fab Lab Adelaide Manager Karen Marsh uses 3D printers to make dolls house furniture for her children; Riccardo Muroni creates digital sculptures referring to primary shapes such as square and triangle and being inspired by the crystals formation. But with a 3D printer you can create utensils, jewels, guns, medical prostheses and much more. 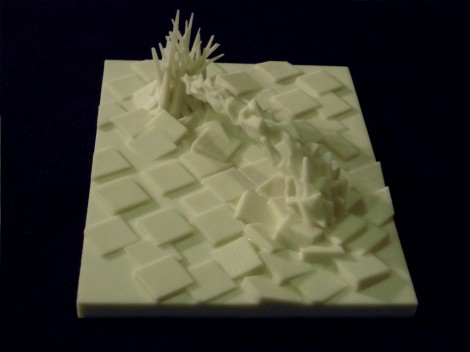 Of course there are still many limitations: the average 3D printer is a cube of  20x20x20cm and works only with two types of plastic. But the limits are continuously under-pressure.

Enrico Dini, a Tuscan engineer, invented the D-Shape, a new robotic building system able to make full-size sandstone buildings without human intervention, using a stereolithography 3-D printing process that requires only sand and a special inorganic binder. D-Shape enables architects to directly make the buildings they design, using a robotic building machine, and it competes with the traditional construction industry. Obviously, the creation of big-sized 3D printers would have great scientific and technological utilities too: there are hypotheses of airplanes 3D printing and a MIT and Pennsylvania University team is working on the realization of an artificial liver.

Last but not least, the MIT researcher Skylar Tibbits, Architect and Computer Scientist, is leading the “4D Printing” project: creating 3D objects changing shape in time. During a conference, Tibbits showed a self-folding strand, able to folds up into a cube when put into contact with water.

In the not-too-distant future, we could have to do with sculptures changing their shape in time, we could buy self-assembling house-furniture and…much much more (the Bio/Nano/Programmable Matter Group is working on nano-robots, injectable in human body to selectively kill the cancerous cells!).