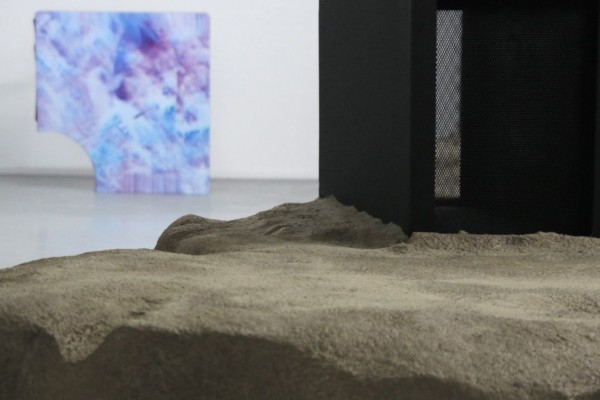 In a few thousands of years, when humanity has become extinct, something will dig the soil of the Earth and find a datacentre. Miraculously, it will have access to the contents of these hard drives and try to reconstruct the traces of our world.

«Extinct Memories is the follow-up to Télofossiles, which we developed with Dominique Sirois in 2013-14 in Taipei and in 2015 in Beijing. This joint project is part of a series of speculative fictions on extinction.

If we assume that species are born and die, we can be sure that the human species will also disappear, even if we don’t know the time and conditions. They won’t necessarily be the product of human activity, as a certain anthropocentric ecology can have us believe, and we might not be able to fight against it, as Ray Kurzweil’s transhumanism hopes. We thus can imagine earth without us: what will remain after the last human disappears? How will a non-human sensory system piece together what we have been, based on fossil records left by our species?

If Télofossiles imagined an archaeological of consumerism, Extinct Memories addresses the way we record our memory today. In a few thousands of years, the non-human discovers a Google datacentre and manages to access the data stored on its hard drives. It contains interwoven stories and History, romantic meetings and breakups, Shanghai stock market value, all kind of invoices, murmurs on Skype etc. The non-human will thus have access to traces of our psyche and quantities of other things. All those signs will be equidistant from each other, as laid flat. The Web is therefore not regarded as a mean of communication between human beings, but as a device for capturing the common sense of our species and recording it in databases (big data). The network is a very singular moment in history because it changes the conditions of that History» [Interview with G. Chatonsky for L’Art Même #66, summer 2015]. 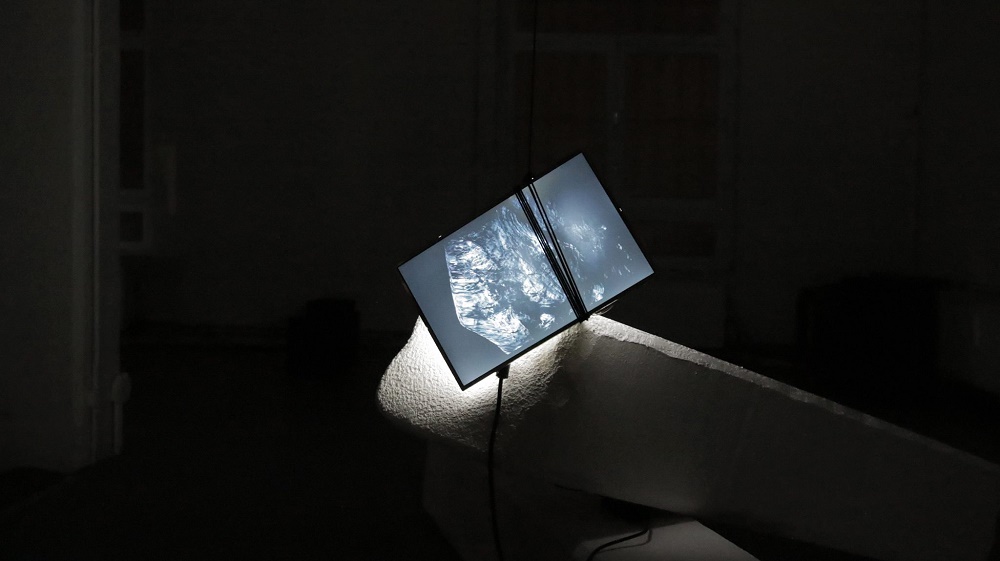 In 2013, he launched Télofossiles, a project at Museum of contemporary art (Taipei). A second version was showed in Beijing (2015). In 2014, his solo exhibition CAPTURE at CDA (Enghein-les-bains) is about a surproductive netrock band.

He works on the relationship between existence and technology.

DOMINIQUE SIROIS lives and work in Montréal, she holds a degree from UQAM in visual art (MFA 2010). Her practice takes the form of installation involving an interplay of sculptures, videos, sounds and prints. Sirois’ work deals with three fields of interest: value and surveillance, economy and affects, ruins and obsolescence. Her projects have been presented in numerous artist run centres in Canada. She also made several residencies abroad, among them Glasgow CCA and the Couvent des Récollets in Paris. She frequently collaborates with artist Grégory Chatonsky. They presented their joint work at Taipei MOCA, at Enghien-les-Bains CDA in France, at Unicorn Centre for Arts in Beijing and at Whuan historial museum.

CHRISTOPHE CHARLES (born in Marseille in 1964) works with found sounds and makes compositions using computer programmes, insisting on the autonomy of each sound and the absence of hierarchical structure. Graduated from Tsukuba University (Phd., 1996) and Paris INALCO (Phd., 1997). Currently Professor (kyouju) at Musashino Art University (Tokyo).

Extinct Memories is part of a series of events produced by iMAL in 2015 on the topic of cultural heritage in the digital age. These exhibitions, lectures and workshops are organised in collaboration with PACKED, the Centre of Expertise in Digital Heritage.

Extinct Memories is in the framework of La Quinzaine Numérique, with the support of the Fédération Wallonie-Bruxelles.