a navigation tool to make the user experience in ECLAP much more intuitive, associative and social

Social Graph is an application that allows to view and interact with the ECLAP’s elements, and it has been developed by the project ECLAP, the e-library for performing arts. ECLAP provides Europeana with a variety of performing-arts resources such as videos of dance rehearsals, dance, theatre performances, animations, playlists etc.

With a graph representation is possible to see for each object (video, user, group etc.) the elements associated, according to the existing relations.

The basic idea for this navigation tool is to make the user experience much more intuitive, associative and social; this will definitely lead to find new connections within the content and with other users on the ECLAP portal. 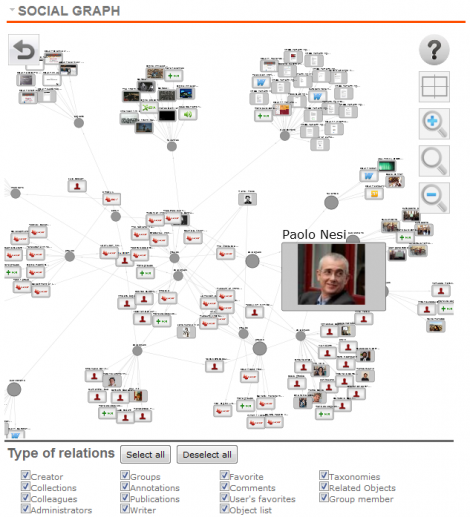 ECLAP Social Graph has recently been selected by Europeana and posted on the Europeana Professional portal and web pages:

The Social Graph tool allows users to see, explore and browse the relationships among the ECLAP content and other types of resource created on the ECLAP platform.

These resources consist of:

These resources are organised as a graph where each resource is represented by a node. The relationships between the nodes are also represented in the graph and the user can navigate in the graph deciding of expanding each node or putting at the center of the navigation the node he prefers. The Social Graph is featured in association with a media player displaying or playing the content which give rise to the graph. 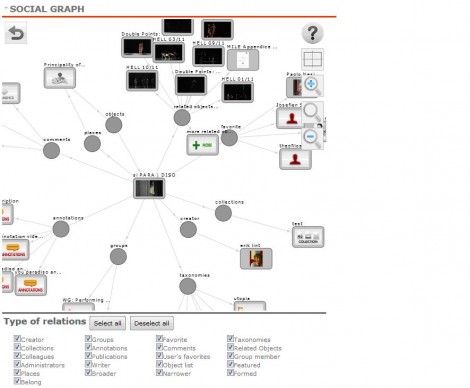