As part of an ongoing (six years this year) digital heritage project, two students on the Games Design BA (Hons) at The Hull School of Art & Design (HSAD) in the UK are currently using the Unreal4 development kit to recreating 1960’s Whitefriargate (Kingston Upon Hull) and the surrounding area in digital 3D.

The students will be showcasing this project as part of their end of year show and at other external venues around Hull (UK City of Culture 2017).

In particular, the project showcases the transferable application of an entertainment media production process using programs such as 3D Studio Max for producing 3D models, Photoshop for texturing and Unreal4 to develop the fully immersive environment. The students point out: «Our aim is to create for our audience an environment which we attempt to make as historically accurate as possible, whilst acknowledging the interactivity and immersion so important to contemporary media.

We have also been experimenting with the “Oculus Rift” virtual reality headset, which places the user directly into the actual scene; a functionality that has been experienced by the public in previous student exhibitions and showcases». 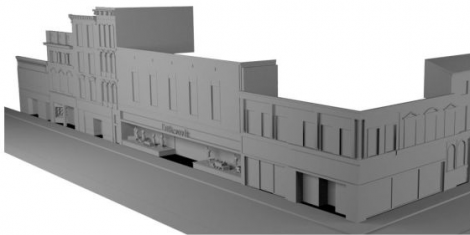 «This project – P. Starkey and G. Sleightholme, Lecturers in Games Design at HSAD, explain – continues to be a work in development as part of one of our current research areas, involving students as producers or co-researchers and in particular engaging digital media students in assigning value to deeper research processes through social and industrial heritage interpretation for the public, whilst extending their understanding of what their increasing skill sets can offer in terms of fulfilling roles in industry. 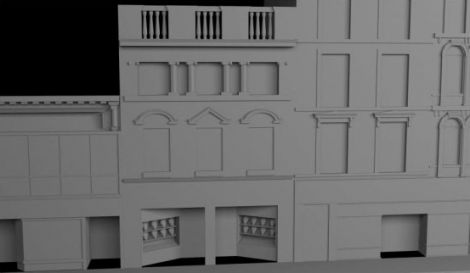 Our team has looked to the use of these live heritage oriented initiatives as a means of extending and enriching research skills, resulting in regular public facing historical reconstructions of local city spaces and connected historical environments.

To date,  several  recreation work have been developed in the framework of our initiative, such as The Journey of a Roman Oil Lamp, the Medieval Trinity Square & Holy Trinity Church and Hull’s Paragon Station.

All have been showcased,  also on occasion of of the Cultural Olympiad exhibition at Westminster, 2012».