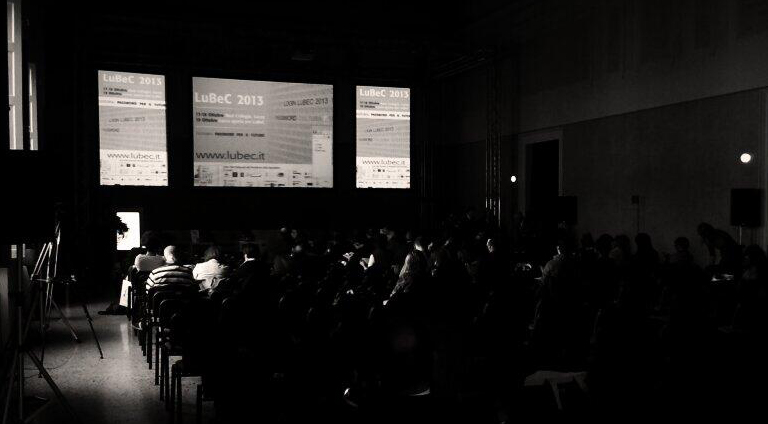 The core theme of the ninth edition 2013 was employment as well as new opportunities and competencies to converge into a row that has to be integrated with the Green Economy, Tourism, ICT and Made in Italy.

The opening, plenary session on 17th October was dedicated to “Culture as navigator for the development” with the aim to stimulate the debate on the new opportunities that new technologies can provide to foster the cultural heritage. Representatives from the Public Administration and enterprises has discussed on the theme “Culture and policies”: Carlo Flamment, president of Formez PA, association for the renovation of PA, talked about culture and its role as development facilitator;  Luca De Biase editor of technological issue Nova in Il Sole 24 Ore journal dialogued with entrepreneurs that believe in culture and technology as  Paolo Carli (president of Henraux Foundation) and Gucci’s and Baldi’s managers, and Anna Maria Buzzi and Antonia Recchia from Italian Ministry of Culture, and Cristina Scaletti Council member for Culture and Tourism of Tuscany.

At the end of the first part of the plenary session, LuBeC assigned its award to Mr. David Packard, for his effort in the last years on the reconstruction for the Ercolano’s heritage site. 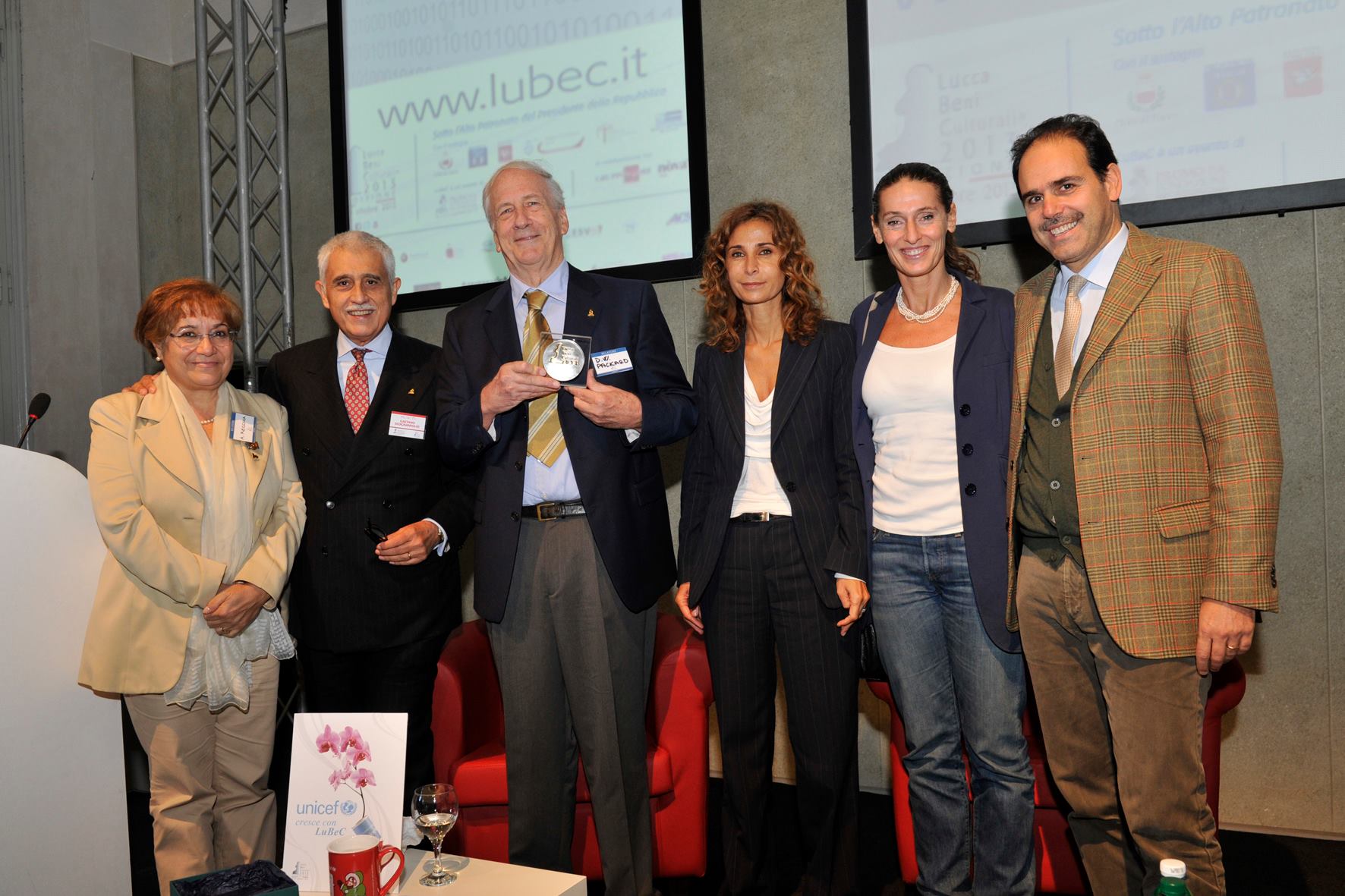 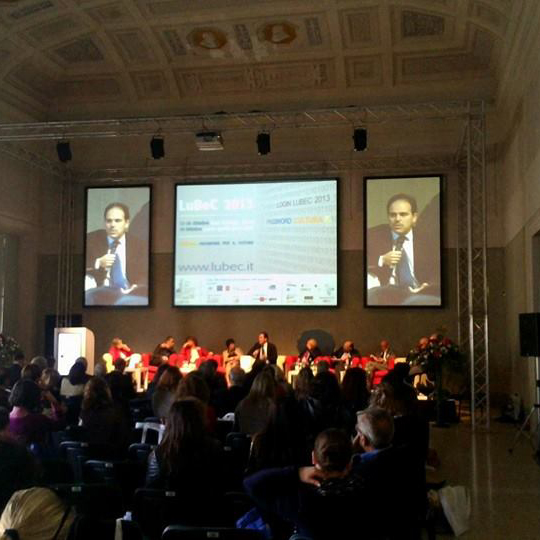 Andrea Marcucci, president of the Senate’s Commission for Culture, during the conference called CULTURAL HERITAGE BETWEEN “PUBLIC AND PRIVATE”: NEW NATIONAL AND EUROPEAN GOVERNACE OPPORTUNITIES.

Such valuable guests and expertise enhanced the general theme of Lubec 2013: Culture is the password for the future. Many other tracks has been explored, like the innovative research on Sentiment Analysis about Cities of Art and the Via Francigena, or during the focused workshops dedicated to ICT, Cultural Heritage and Green Economy.

The main aim of Lubec 2013 was to join together best representatives from public institutions and private companies to discuss about valorization of cultural heritage and tourism, through focus groups, workshops, debates and seminars which  highlighted and identified new tools for unlocking the amazing potential for the development of Italy.

SOME IMAGES TAKEN BY THE MEETING 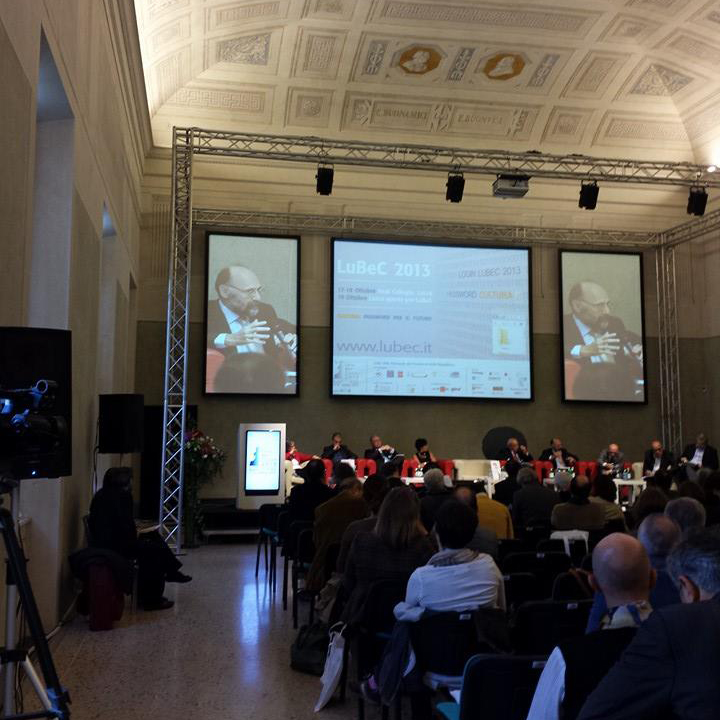 During the conference on “CULTURAL HERITAGE BETWEEN “PUBLIC AND PRIVATE”: NEW NATIONAL AND EUROPEAN GOVERNACE OPPORTUNITIES” 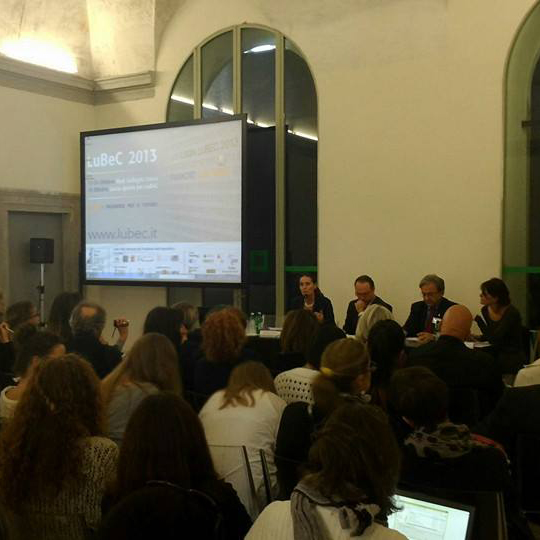 Bruno Molea, president of AICS and member of the Culture, Science, Education of the Chamber, attended the conference called “CULTURE AND FUTURE: CULTURAL HERITAGE IMPORTANCE IN THE CHANGE COURSE”