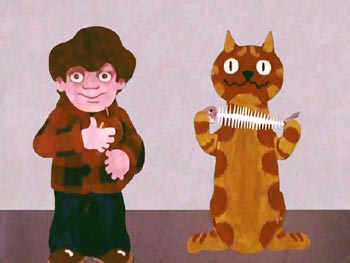 Comedian and ‘Little Britain’ actor David Walliams recently collaborated with Electricity Safety First, a UK charity that promotes awareness of the dangers of electricity, in order to revive a much-loved, UK cartoon from the 1970s and 80s. ‘Charley Says’ was an animated film series about a boy and his cat, which helped children understand how to use electricity safely. In an attempt to conjure up the nostalgic feelings of many UK adults that engaged with these feature films during their childhood, Walliams and Electricity Safety First have remade one of the films. The animations appear unchanged in the updated version, leading many to criticise the new film as “awful”. Those at Digital Arts Online take this view, adding that perhaps it is that David Walliams’ voiceover for all the characters was a mistake. Of course the intention of the piece is to stir up nostalgia and remind one of vintage animation production techniques. However, the results of the remake may have been more successful had the team decided to use more updated technology in the creation of the animated characters, while maintaining the possibility to recognise the original Charley. Also, as technology has come so far since the 1980s, the project would find it difficult to create adverts about electrical safety that involve Smartphones and the latest hardware that most people have in their homes, while adding a ‘vintage feel’ to the animation.