A report by Sheena Bassett informs on how the Conference ended with a success.

The CARARE Final Conference took place on 8th-9th November 2012 in Copenhagen. The programme included presentations from CARARE participants as well as a number of guest speakers, and focuses upon both the project and wider cultural heritage aspects such as sustaiability and use of digitised data.

The mission of the CARARE project is to bring content about Europe’s unique archaeological monuments and architectural heritage to Europeana users. Thousands of photographs, drawings, 3D models and maps of famous and not so famous sites and buildings will be available online.

CARARE has brought together heritage agencies, archaeological museums, research institutions and digital archives from all over Europe in a best practice network funded by the European Commission’s ICT Policy Support Programme from 2010 to 2012.

A report by Sheena Bassett informs on how the Conference ended with a success. 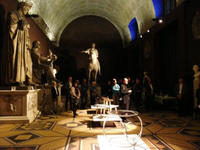 The Conference kicked off with an evening reception on the 7th held in the imposing entrance hall of the Thorvaldsen Museum where guests were surrounded by statues of men on horses, full figures and busts by Thorvaldsen and housed in a magnificent barrel roofed room.

Anne Mette Rahbaek welcomed everyone to the conference and was followed with a short speech from Kate Fernie, the technical Co-ordinator of the Project.

The Keynote speeches which opened the conference on the Thursday were given by Jill Cousins who outlined the achievements and latest developments for Europeana and Krzysztof Nichcynski, the CARARE Project Officer who provided the background and context for Europeana and all the associated projects. 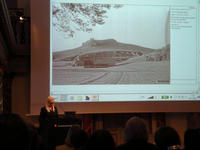 A selection of enthusiastic CARARE partners then described their content and experience which ranged from protected buildings and trees in Brussels, Dutch cultural heritage, 3D models of Greek monuments (including video demos) and earthworks and old images from Lithuania.

In a slightly different vein, Poala Ronzino from STARC in Cyprus described a very recent project where they worked with a local school to create a 3D model of the local church. KUAS presented the Hack4DK results along with four teams who each described their application and this was followed by presentations about the technical approach used by the project including how and why 3D PDF was chosen as the means of bringing 3D to Europeana. 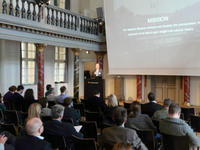 On day 2, participants had the option of a refreshing historical walking tour around Copenhagen before action resumed at the National Museum.

The keynote speeches were given by Sarah McSeveny-Åril of the Arts Council Norway who talked about their initiatives to promote cultural heritage in Norway and drew gasps of admiration from the audience when she played a recording of an advert they had prepared for TV broadcast which was crisp and thought provoking as it invited its citizens to look and consider the environment around them, seeing it as a journey. Jacob Wang from the National Library talked about their policy for opening up their data and how they tried to keep up with the latest technical and social trends, encouraging content owners to take a deep breath and experiment… 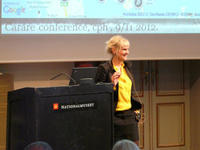 Mette Bom and 1001 Stories About Denmark

After lunch, the focus turned to sustainability and contributors from the Danish Broadcasting Corporation, JISC in the UK and the Royal Library and a CH consultant talked the challenges and possible solutions to this thorny issue which has become more pressing in the current economic climate. The final session covered a wide selection of examples of digitisation on cultural heritage.

The audience learnt about the year-on-year growing participation and success of the Wiki Loves Monuments competition, how 1001 Stories about Denmark has created a large community using social media, the impact on metadata and linked open data for the Royal Library in Denmark and the opportunities for reuse of content for educators by EuroClio.

The Conference was successful in that it provided thought provoking ideas and stimulated a lot of discussion among the participants who aid how much they had enjoyed the event.

All the presentations referred to in this article can be downloaded and viewed as PDFs from the Conference Programme page.