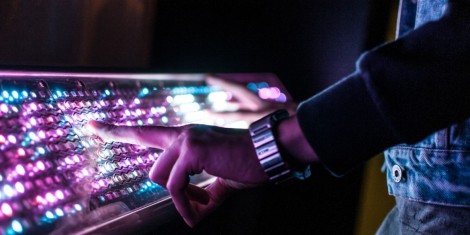 Brighton Digital Festival has announced two new strands of arts commissioning to be launched for the 2015 festival, which will run from September 1 to 27. These commissions will support a curated contemporary digital arts programme to run throughout the Festival, alongside the hundreds of independently organised digital culture events that take place during September.
These two new commission strands include an expansion to the arts & technology commissions, which will now award £ 8.000 to artists and creative technologists to produce ambitious interdisciplinary work that explores the intersection of arts, technology and society.
Emerging artists are also encouraged to apply for the newforms commissions, which have been developed for 2015. They aim to support individuals or collectives with awards of £ 3.500 to produce new work that presses against, or transcends boundaries between, art and digital culture.

Jesse Black Mooney, Manager of Brighton Digital Festival, says: «Our aim is that these two new strands of commissioned programming will bring some really far-out, bleeding edge work to the city in September.
Since we started with open calls for commission in 2014, Brighton Digital Festival has been able to support artists to produce ambitious work, including Joseph Young’s participatory Revolution #10, and Seb Lee-Delisle’s live sound installation Laser Light Synths.
For these new commissions in 2015, we want the weird and the wonderful; that’s why Brighton Digital Festival has chosen to keep the theme open. We want to support a diverse scope of work that reflects the mercurial nature of digital culture. For us, that means focusing less on our own pre-existing expectations of what’s thematically relevant for the Festival and giving artists as close to full autonomy as possible over producing new work. »
The call for submission for both 2015’s arts commissions are now open and will close at midnight on Sunday 28 June 2015.

Brighton Digital Festival (www.brightondigitalfestival.co.uk) is a month long celebration of digital culture, which takes place across Brighton and Hove from 1 to 27 September 2015.
The Festival receives funding through Arts Council England and Brighton & Hove City Council. It is supported by members of Brighton’s digital and arts communities and is coordinated through Wired Sussex. Events include exhibitions, performances, hack-a-thons, meet-ups, workshops and outdoor events, which run alongside Brighton’s iconic digital conferences.
Brighton Digital Festival is steered by the Festival consortium, which is made up of volunteers from Brighton based digital businesses and cultural organisations, including Brandwatch, Clearleft, Brilliant Noise, Lighthouse, Fabrica, South East Dance, Fugu PR, Brighton Museum and Art Gallery, Brighton Mini Maker Faire, The Skiff, Wired Sussex, the University of Brighton, and Brighton Dome. Coverage and support is provided through the Festival’s local media partner, The Brighton and Hove Independent.