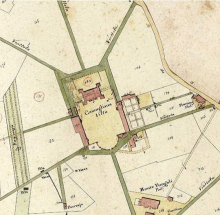 “Synchronic and diachronic study of the Tuscan toponymy and creation of a digital archive with GIS applications”, that’s the title of the project which the Interdepartmental Centre IRTA Leonardo of Pisa’s University is working on. Thanks to the recovery, location and comparative study of still existing toponyms found in historical and modern cartographies, it will be possible to achieve the research aim: the realisation of a relationship-wise geographical databank, in order to archive the territory. END_OF_DOCUMENT_TOKEN_TO_BE_REPLACED

Digital Humanities Awards are a new set of annual awards given in recognition of talent and expertise in the digital humanities community and are nominated and voted for entirely by the public. There is no financial prize associated with these community awards, just the honour of having won and an icon for your website. By its work at making available, with the most advanced digital technologies’ support, the vast majority of the surviving inscriptions from the Greco-Roman world, we think EAGLE can be a valid and qualified competitor for 2013’s edition of DH Awards. END_OF_DOCUMENT_TOKEN_TO_BE_REPLACED 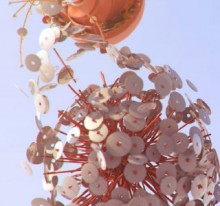 Third edition of Melbourne’s digital festival is being held from the 13th to the 16th of February 2014 and this time its theme will be “Connected”, because staying connected to the present and to the past is vital for the creative community: by recognizing how each step taken before has influenced the state of the digital world today, we can understand how every great innovation made now will influence the thinkers of tomorrow. Airspace animation is the second collaborative project of Rich Nosworthy and SonoSanctus from Auckland, New Zealand. The project aims indeed to create an animation on Pause Fest 2014’s theme, “Connected”. The result is ending up to be an ambitious creative execution. END_OF_DOCUMENT_TOKEN_TO_BE_REPLACED

The great exhibition “Passaggio in India – a Gateway to Piaggio” starts on the 6th of December 2013, hosted as every year by Piaggio Museum in Pontedera, viale Piaggio nr. 7. It is Piaggio Foundation’s annual homage to a great nation, which since the end of 40s has been welcoming and endorsing the success of Vespa and Ape. END_OF_DOCUMENT_TOKEN_TO_BE_REPLACED

In the manufacturing process, a wide variety of basic technologies are employed to create real-world tangible reproductions from 3D digital models. Paolo Cignoni, Nico Pietroni, Roberto Scopigno and Luigi Malomo developed the Mesh Joinery, a novel strategy to fabricate illustrative shape approximations based on ribbon-shaped planar slices and characterized by a greater flexibility. With Mesh Joinery, the four experts extended the classical slit mechanism that was used for planar joineries by providing additional structural degrees of freedom. To this day, no existing fabrication paradigms are able to represent such complex objects as those realised with their method. END_OF_DOCUMENT_TOKEN_TO_BE_REPLACED

DISA (Digital Innovation in South Africa) is a South-African national collaborative initiative working on the building of an online, high-quality information resource containing historical material of interest to scholars and students. This resource is aimed to be easily and universally accessible. END_OF_DOCUMENT_TOKEN_TO_BE_REPLACED

Several museums around the world have worked to make their data accessible, by providing free access to their datasets. Nina Simon, author of “The Participatory Museum”, observes it’s awesome that museums’ data-sharing can cause people to have conversation about artists and artworks and says these experiments promote new forms of collection, dissemination and analysis. END_OF_DOCUMENT_TOKEN_TO_BE_REPLACED

WGBH and the Library of Congress are collaborating on an ambitious project to build the first comprehensive digital archive of content from the nation’s public broadcasters and will eventually make it available to the public over the Internet. They will jointly establish a permanent home for the archives with the help of a $1 million grant from the Corporation for Public Broadcasting. END_OF_DOCUMENT_TOKEN_TO_BE_REPLACED 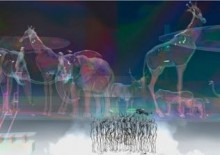 Venice’s Biennial of Art just concluded and surely it didn’t disappoint the digital technologies fans nor their expressive potentials.
In the great variety of the Biennial’s artistic choices and expressive forms, the digital assumed different functions and importance degrees, ranging from artworks where there’s no space for the digital to artworks clearly focusing on digital: Studio Azzurro’s work on the Creation for the Holy See, Mohammed Kazem’s interactive installation “Walking on Water” for the Arab Emirates, Miao Xiao’s 3D works for China, just to give some significant examples. END_OF_DOCUMENT_TOKEN_TO_BE_REPLACED

Spurred by the Taliban’s destruction of the 1600-year-old Bamiyran Buddhas in Afghanistan, CyArk (short for Cyber Archive) was founded in 2003 to ensure heritage sites are available to future generations, while making them uniquely accessible today. CyArk works as a non-profit organisation with experienced teams worldwide to record heritage sites using reality capture technologies such as 3D laser scanning, photogrammetry and traditional survey. END_OF_DOCUMENT_TOKEN_TO_BE_REPLACED