Amman, Jordan: the innovative project for the restoration of the Roman monument is underway 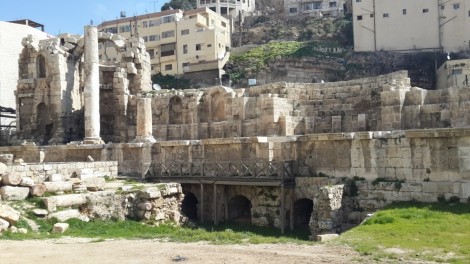 The Nimphaeum in the middle of Amman

One of the most innovative cultural-heritage projects is starting in the downtown of Amman for the restoration of the Roman Nymphaeum, heart of the city.

The project, which aims at renovating, preserving and restoring the ancient structure dating from the Roman times, is granted by the US Ambassador’s Fund for Cultural Preservation.

A number of local actors are participating in the project’s development, which is under the auspices of the Jordan Department of Antiquities (DoA) and whose implementing authority is the Hamdi Mango Center for Scientific Research at the University of Jordan. As project leader, Hamdi Mango Center is working in conjunction with the DoA, having jurisdiction over the site, and in collaboration with The Greater Amman Municipality. 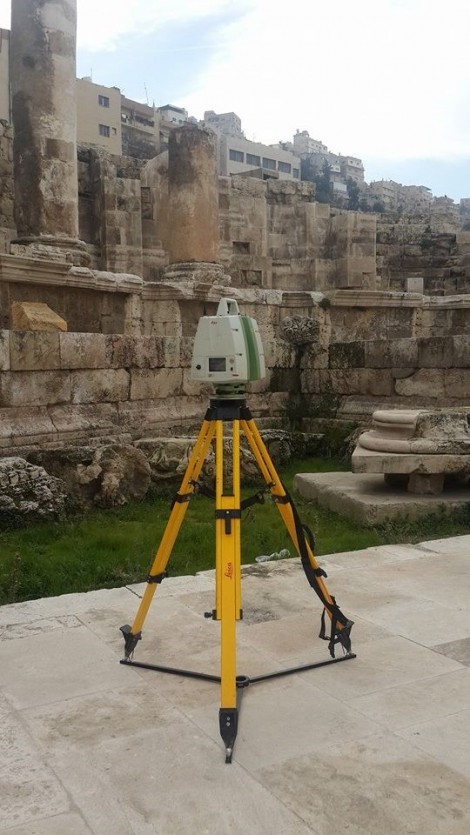 The project, launched in October 2014 and going on till next year, follows a two-pronged approach:

documentary research on the site and fieldwork involving experts and students in archaeology, architecture and restoration, in order to study the monument through data collection, material analysis, 3D scanning and digital photography before the restoration starts.

The Nymphaeum is considered the biggest of the region and in Roman times it was the main building of the ancient city of Amman, then called Philadelphia. Amman was divided into two parts, the upper being the Temple of Hercules – currently the Amman Citadel – and the lower composed of colonnaded streets, a cardo, a decumanus and the Nymphaeum: a typical Roman city.

Dr El Khalili, restoration expert and fieldwork director, is enthusiastic about the project: “This is a great Nymphaeum that survived the past; it shows different features of aesthetic beauty which should fit the modern age, but it needs a major development, which is what we hope to do with this project” he asserted.

Only in 1904 the Nymphaeum’s structure was rediscovered by Butler, under a pile of rubble. It has a symmetrical half-octagonal design and is composed of two parts, the lower including the fountain and the barrel vaults, the higher showing the facade of the building and vertical apses on the back. The monument was built over a cave with running water. The vaults were necessary to let the water pass through without damage. 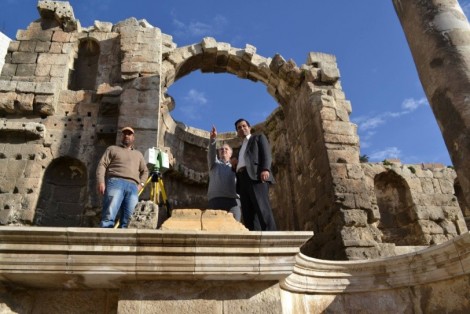 Today the monument has to tackle many trials. The Nymphaeum is in the middle of a congested downtown and subject to air pollution, noise pollution and urban changes. In the 1970s for instance, sewerage infrastructure connecting the different parts of the city were built under the monument. In addition, there are nature and weather adversities, such as raising damp, salt crystallisation erosion, stone weathering, efflorescence, sub-efflorescence, microorganism growth, staining, crumbling, chipping, cracking, detachment, flaking…

“Once the documentation is finalised, the restoration process can begin through up-to-date modern techniques that are continuously emerging to better preserve this archaeological site. The site has not been touched since 2002” El Khalili said.