A digital database for preserving the Tuscan toponymic heritage

“Synchronic and diachronic study of the Tuscan toponymy and creation of a digital archive with GIS applications”, that’s the title of the project which the Interdepartmental Centre IRTA Leonardo (Research Institute for Territory and Environment) of Pisa’s University is working on, joining the research activities of the Inter-university Centre for Territory Sciences (CIST), tightly bonded with the Architecture Deparment of Florence’s University. The project is subsidized by the CIST itself and the Tuscany regional administration. 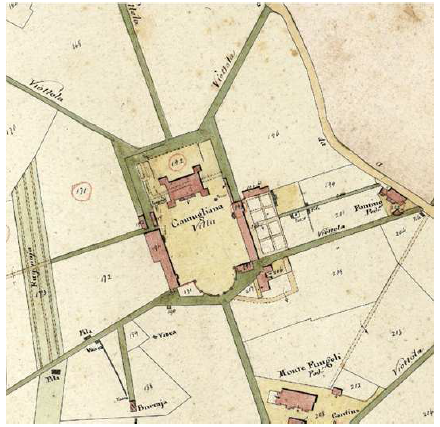 Place-names represents a fundamental source of investigation for studying a territory, since the toponym itself preserves the deepest intrinsic characteristics: parts of its own history that emerge from both historical sources (the ones we favours in our research) and other sources too, for example collective memory. This last part is the one fated to a risky demise, due to the high age of the last witnesses of the “place memory”: the inhabitants of villages, farmers, shepherds, lumberjacks, used to daily frequent a territory, where they knew every strip of land with all its peculiar characteristics and names. The current tendency leads to lose the local culture, the traditions and the territory itself. All these resources has to be turned into an incentive for recovering place-name and creating a toponymic geodatabase, unique still visible proof of cultures erased by time.

Since 2009 the History Department (currently Deparment of Cultures and Knowledge Forms) of Pisa’s University, involving the IRTA-Leonardo and the Historical Society of Pisa city, has been running researches in this area of interest; this project is due to this previous experience.

Thanks to the recovery, location and comparative study of still existing toponyms found in historical and modern cartographies, it will be possible to achieve the research aim: the realisation of a relationship-wise geographical databank, in order to archive the territory. That’s only the first step: it will be possible to rebuild the whole structure of the Tuscan road and hydrographic network throughout historical cartography, so as it looked in the XIX century. 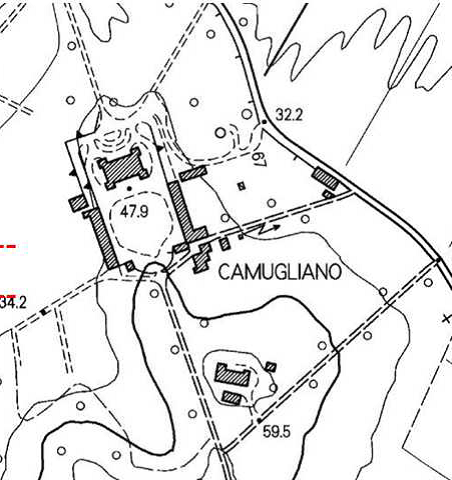 Representation of the same area in the current cartography

The cartographic sources used in this project are varied and cover a large period of time: from the historical Pre-unitary Land-register (Tuscany’s General Land-register, Lucca’s Bourbon Land-register, Massa Carrara’s Estense Land-register), passing through the IGM (Military Geographic Institute) cartography (1928-1985), to, at the end, the current Toponymic Land-register and the Carta Tecnica Regionale (CTR – “Technical Regional Map”).

The workplan is organised in two parts: the first one consists of gathering information and developing and normalizing dbts (database timestamp), in order to produce three new informative layers, which cover the whole national territory. The informative layers will contain the road-network toponyms location, the punctual and areal objects and the hydronims found out from the 19th Century land-register, from the IGM cartography and from the current land-register.

A multidisciplinary approach will be held in the second part. Such an approach will involve different branches of knowledge (history, science education, linguistics, urban history, natural sciences, historical geography and territorial history).

At the end of the work, besides the three already cited informative layers, a complete digital historical-matching archive will be developed, enriching the Tuscan territory’s mapping of around the 45% of lost historical elements (initially, without considering the road network and urban centers) and arranging an accessible and grounded starting point for new researches.

At last, the project will produce an e-book containing the interdisciplinary in-depth analysis of toponyms in time and space.

The resulting digital alphanumeric archive will be organised in three separated modules, one for every single used cartographic-resource. Thanks to the comparison between the CTR, CASTORE, IGM and current Land-registry’s toponymic information, the permanence of the toponyms (moved, modified or lasting) and the geometrical entity (point, line or polygon) of every element, besides the name of the place itself, will be registered in the table-fields of every single module. The Tuscan toponymic heritage will be thus enriched of new important details, such as the temporal and spatial variation of the place-names, so at it is documented by the historical and modern cartographic resources.

Until now, the analysis produced several unexpected results. Some examples? The contemporary “Via di Bonea”, in the territory of Montescudaio, owes its name to a toponym of Longobardic origin; “Gualdo” toponym referred to a wood crossed by the “Romea” road, a branch of the pilgrimage way that from France led to Rome. In Vecchiano’s municipality it is present “Via del Folle”, whose name is popularly explained as that of the street where a fool used to live: thanks to the 19th Century land-registry maps, is now possible attributing the street name to “follo”, a machine used in the past, in Vecchiano, to make wool tissues harder. In fact a small river, where it’s still possible to see the ruins of an old mill, still runs along this street. Moreover the various toponyms deriving from “Diaccio”, spread all over the regional territory, allow to recreate the paths of the Tuscan Transhumance: “diaccio” was indeed the term used to indicate the stop and resting areas for animals.

This is just a taste of the project’s expected outcomes.