a project to celebrate 50 years of videoart

To celebrate 50 years of videoart, conventionally recurrent on 2013, Magmart | video under volcano organizes the videoartistic project 100×100=900 (100 videoartists to tell a century).

100 videoartists from all the world create 100 video artworks, each of which is based on one year of 1900s, matched randomly.

With a wide network of collaborations, the project itself will be showed around the world, in an innovative way that will reach many nations along 2013. 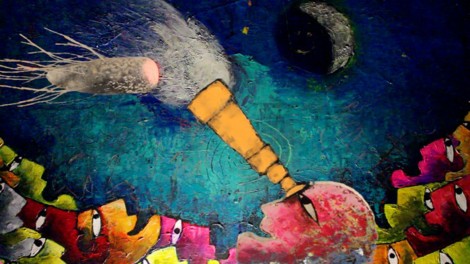 The 20th century is characterised by the ubiquitous presence of moving images (cinema, television, web). In the attempt of proposing an overall narration of the last century, each of the one hundred artists will interpret a different year.

Videoart is intimately close to the contemporary languages and to their grammars and syntaxes, probably as never before in art. Furthermore, the progressive switchover to digital media, occurring in any form of expression through images, has been reducing the separation from other usages of the digital technologies. In this perspective, the tools of videoart may be defined as the most suitable ones for the artistic communication between the two millennia. Videoart has the greatest potential in influencing current forms of communication.

The present approach to a collective and visionary narration of the century, through an artistic and plural outlook, aims at stimulating the public discourse about the forthcoming roots of our present. The artistic freedom granted to the artists, whose only bond will be to interpret a specific year of the century, is likely going to change our view of that past.

100×100=900 is also a call for artists to experiment their own production within a collective context: altogether, the artworks will constitute a meta-layer of interpretation, both including and overcoming that of each one. The artists’ awareness of this meta-layer will likely influence the creative process, although in unpredictable ways. It is the first time, in videoart, that such a project is attempted. It is an experiment itself. 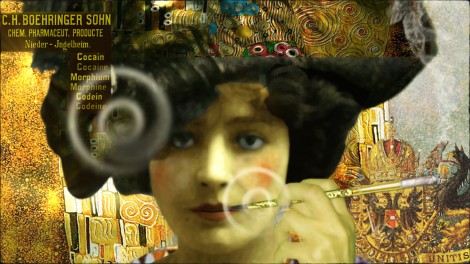 The project is born under the umbrella of Magmart | video under volcano, the international videoart festival, which along the years has built a community of videoartists, as well as a network of international organizations mainly focused on videoart. In this perspective, the most natural choice has been to invite one hundred of these artists, who have been selected mainly from the winners of last editions of the festival.

From this ‘parterre’, we have extrapolate a list of one hundred names, including – whereas possible – the widest range of styles and of cultures, in the aim of offering a heterogeneous outlook.

The official website of the project (www.9hundred.org/artists.php) presents the entire list of the participating artists, with their bios/statement, and of the years on which they will work.

The project has developed a partnership program, to show the project worldwide. With the artistic direction of Enrico Tomaselli, Magmart Festival Art Director, and thanks the collaboration of various curators in any nation, has been created a very wide and relevant screening plan in continual growth.

The Project Art Director, mr. Enrico Tomaselli, can be contacted by email: art.director@9hundred.org